To be the best, you have to learn from the best. 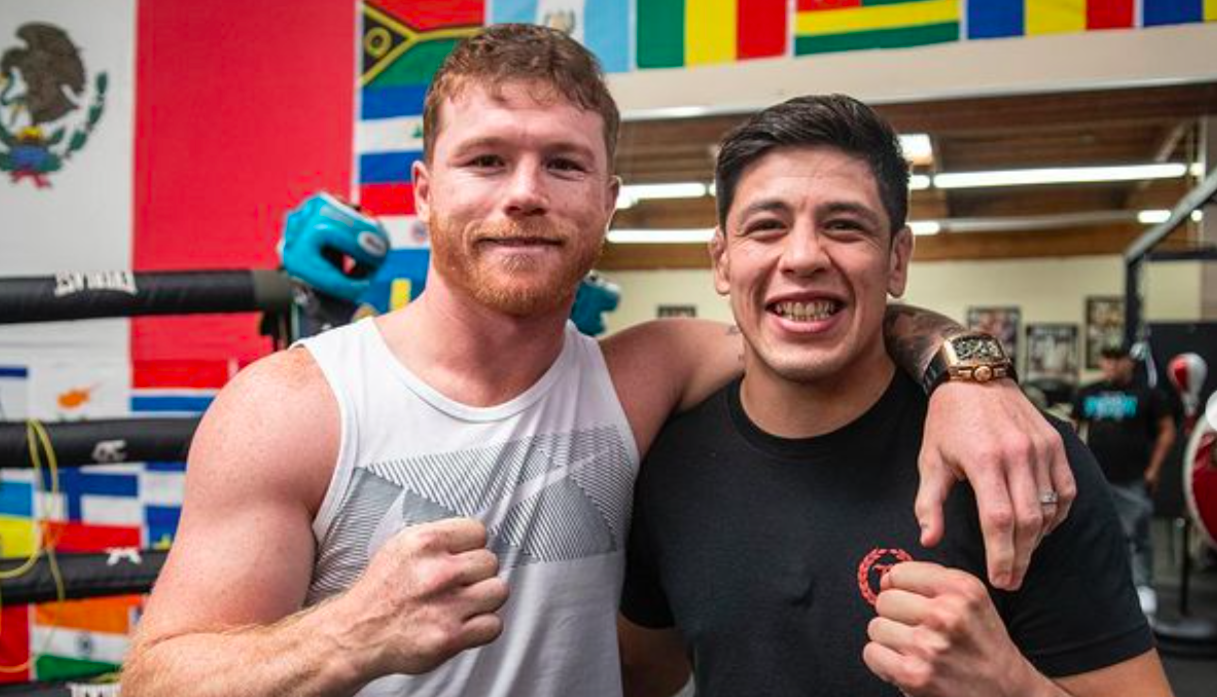 Between them, Canelo Alvarez and Brandon Moreno shoulder much of the hopes of Mexican prizefighting.

Canelo, the pound-for-pound great in boxing, is considered to be among the finest Mexican fighters in history and follows a long line of lineage from the country which has also seen the likes of Julio Cesar Chavez, Marco Antonio Barrera, Salvador Sanchez and many others make their marks on the sport.

Mexico, though, has a new fighting hero in the shape of Brandon Moreno, who became the first Mexican-born champion UFC history when he came out on top of a thrilling rivalry with former champion Deiveson Figueiredo — and with several new challenges extending out in front of him, Moreno was sure to get some tips from Canelo, including learning his patented right-hook to the body.