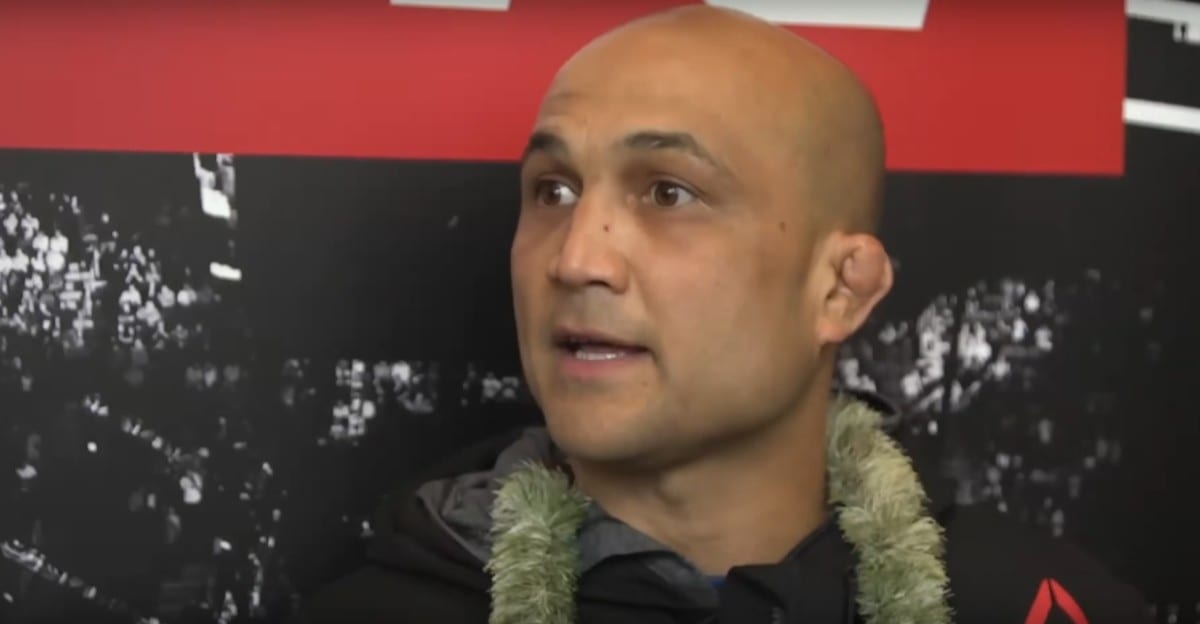 The UFC’s premiere event of 2017 takes place on Sunday at the Talking Stick Resort Arena in Phoenix, Arizona and, at the top of the bill, the returning BJ Penn is determined to kick off one more run to the world title with a win over surging featherweight contender Yair Rodriguez.

Penn hasn’t been seen inside a cage in two and a half years and hasn’t registered a victory inside the octagon since a first round knockout of Matt Hughes in November 2010. Nonetheless, The Prodigy maintains that even at 38-years-old he has enough about him to rise to the summit of the 145-pound fold and claim a UFC title in a record-breaking third division.

In Rodriguez, Penn faces some of the new blood in the featherweight division to have emerged during his hiatus from the sport. 5-0 inside the UFC thus far, the Mexican fighter has risen through the ranks since debuting with the organisation in November 2014 and a win against the Hall of Famer could be the stepping stone to a title run of his own.

You can catch a glimpse of how both fighters are faring ahead of their clash below.