How to watch UFC 248: Can Yoel Romero seize the UFC middleweight title from Israel Adesanya in Las Vegas?
Press enter to begin your search
MMA

How to watch UFC 248: Can Yoel Romero seize the UFC middleweight title from Israel Adesanya in Las Vegas?

How exactly can you watch the fights on Saturday night? 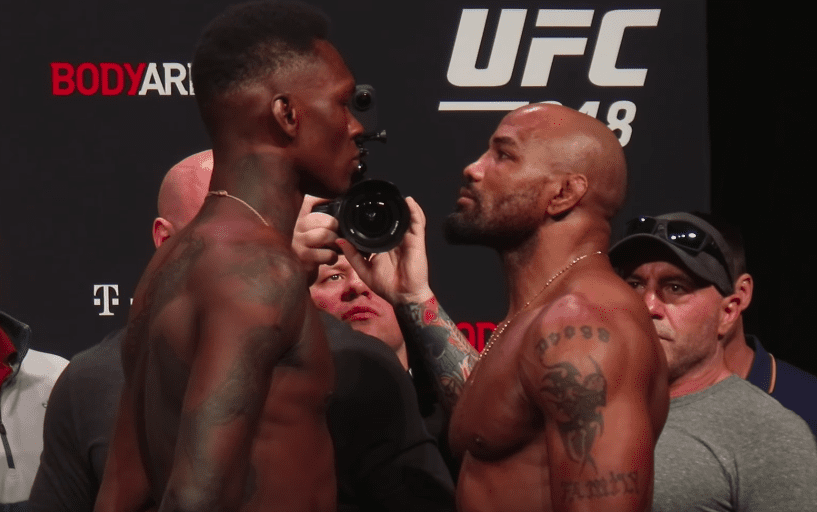 Saturday night’s fights will answer a lot of questions.

Can Israel Adesanya make the first of what could possibly be numerous defences of the middleweight championship he made undisputed when he knocked out Robert Whittaker last year, or does Yoel Romero deserve the reputation placed upon him by the likes of Darren Till as the ‘scariest’ fighter on the UFC roster?

Is Joanna Jedrzejczyk a spent force at strawweight, or does the former champion have what it takes to get past the seemingly impervious Zhang Weili? Will Li Jingliang claim his eighth win in his last nine fights? And what can we expect from Sean O’Malley after two years out of the cage?

We have already broken down our feelings on the main event and the co-main event, but how and when can you actually watch the scraps?

Only a few days remain until Israel Adesanya and Yoel Romero finally face off inside the Octagon 🔥👊 . How do you see it playing out? Let us know in the comments below 👇 . #themaclife #ufc #mma #mixedmartialarts #ufcfans #fightfans #israeladesanya #yoelromero

For the United States and associated territories, the event will be broadcast exclusively through the ESPN+ streaming service. The prelims begin at 6.15pm ET and the main card is set to start at 10pm ET.

The PPV will cost $64.99 for existing and new members of the service. You can access the ESPN app on most major mobile and smart television devices, including Amazon Fire, Apple, Android, Chromecast, PS4, XBox One, Roku, Samsung Smart TV’s and more.

New subscribers can sign up for a 7-day free ESPN+ trial and purchase the event.

Viewers in Ireland and the United Kingdom are advised to check their local BT Sport listings.