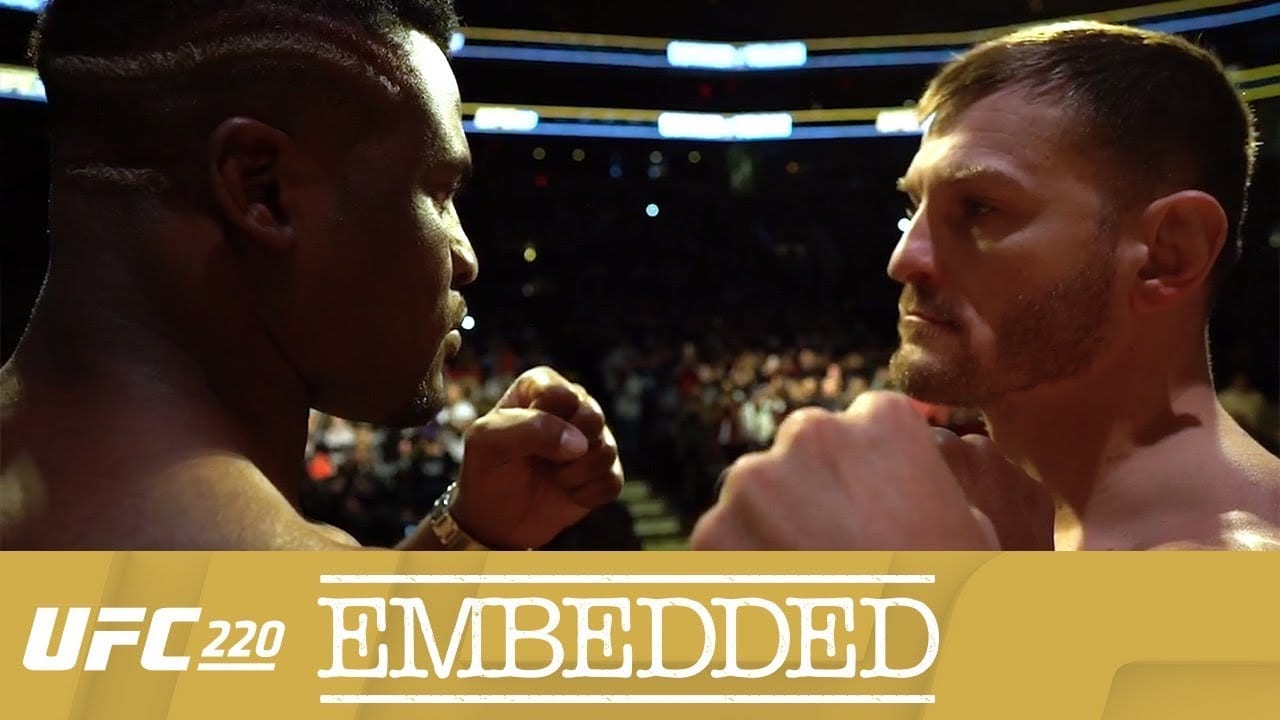 UFC 220 is upon us, and with it one of the biggest heavyweight fights in UFC history.

Check out the sixth episode of UFC 220 Embedded’s series below: