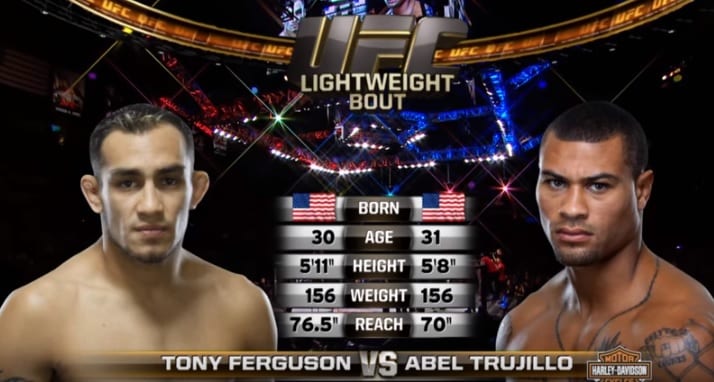 After a UFC run which has brought him 9 successive wins dating back to October 2013, Tony Ferguson will finally get the chance to raise championship gold next weekend at UFC 216.

Ferguson will face fellow lightweight contender Kevin Lee to determine the division’s interim champion and a spot atop the queue to face Conor McGregor for the undisputed title in the future.

The bout between Ferguson and Lee comes after several curtailed attempts to ‘El Cucuy’ face undefeated Russian fighter Khabib Nurmagomedov, the most recent of which, at UFC 209 last March, was cancelled at the eleventh hour after Nurmagomedov was deemed unfit to compete following complications with his weight cut.

With that bout not in the promotions plans, temporarily at least, Ferguson switches his focus to Lee, a dominant wrestler on a five fight winning run of his own with the winner being ideally placed in the title picture in one of the UFC’s most competitive divisions.

You can watch Tony Ferguson’s two round submission victory against Abel Trujillo below: