Another chance to check out Claudia Gadelha’s skills ahead of her bout with Karolina Kowalkiewicz at UFC 212. 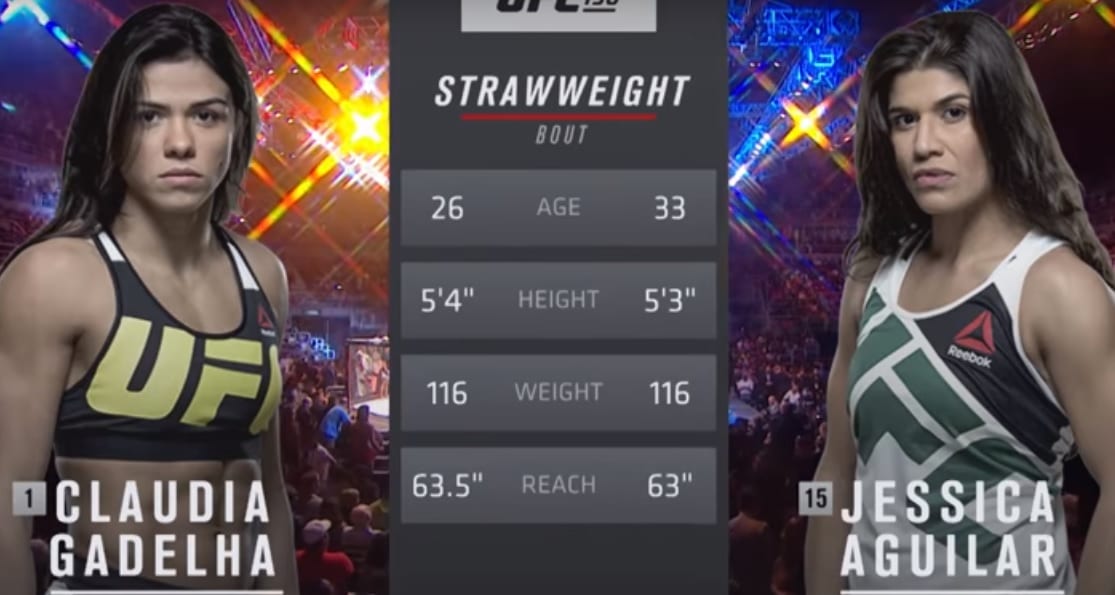 Claudia Gadelha is in a tricky position in the UFC’s strawweight division.

In her sixteen career bouts the Brazilian has tasted defeat just twice. The thing is however, both of those defeats have come at the laser-sighted hands of champion Joanna Jedrzejczk. Gadelha has spent a total of 50 minutes in the octagon with the dominant Pole, losing by decision in their two meetings yet her performances in both fights suggest that she is one of the few fighters in the division capable of causing Jedrzejczk trouble.

A win in Gadelha’s most recent fight against Cortney Casey last November was the first step in the Brazilian launching a third run at the 115-pound title but next week at UFC 212 she faces what will likely be a more thorough examination of her championship credentials when she faces Karolina Kowalkiewicz, another fighter who has more than held her own against the champion.

Kowalkiewicz has amassed a 10-1 record since debuting as a professional in 2012 and, like her opponent in Rio next week, the only blemish being her meeting with Jedrzejczk at UFC 205 last November. A win for either, particularly a dominant one, places them in line to re-establish an old rivalry with the division’s undisputed ruler.

To get a sense of what Gadelha can do, have another look at her impressive win against Jessica Aguilar from UFC 190 back in August 2015 below.