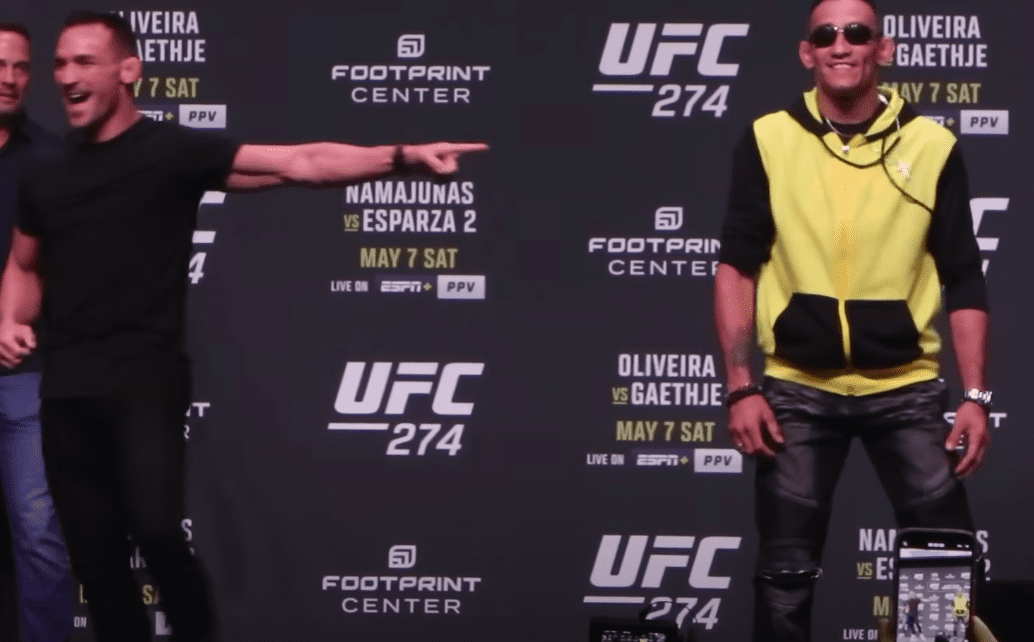 Say what you will about Tony Ferguson but things are more entertaining when El Cucuy is around.

The 38-year-old returns from a layoff on Saturday night to take on former Bellator champion Michael Chandler in a featured bout at UFC 274 in Phoenix, Arizona — and Ferguson kept up his tradition of displaying some unusual antics in the pre-fight media obligations by throwing an ankle pick attempt (in just, we might add) at his opponent.

Chandler took the incident in his stride — as the partisan crowd in Phoenix showed support for their fighter, who has garnered much of the media attention in advance of the event which is headlines by a lightweight world title fight between Charles Oliveira.

Check out the video, as well as some of our other footage from on the ground in Phoenix below: