Take a few minutes to relive the action from one of the best mixed martial arts contests of 2020. 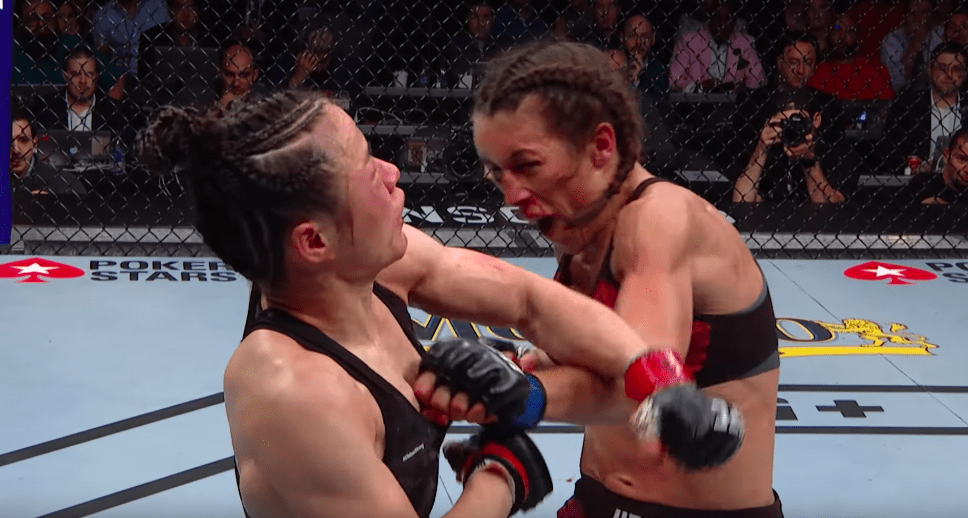 While the majority of eyes were focused on last weekend’s UFC 248 main event between Israel Adesanya and Yoel Romero which turned out to be something of a damp squib, the lead-in to the even’t headliner — a title bout between Zhang Weili and Joanna Jedrzejczyk — is rightly being hailed as an instant classic.

Through five rounds of intense action, neither fighter took a backwards step as they both stated their cases to be considered the world’s premier strawweight. In the end, it was the Chinese champion who had her hand raised in a fight which, if truth be told, could have gone either way.

The Polish fighter, herself a former world champion, has now come up short in four successive title bouts (Namajunas x2, Shevchenko, Weili) and there had been questions as to her efficacy in the division if she was to lose another title bout — but the type of performance that she displayed late last Saturday night in Las Vegas has surely underscored his capacity as being one of the division’s elite.

A rematch with Weili seems a distinct possibility, but it is certain that Jedrzejczyk will have to take a step or two toward the back of the queue before that happens.

But judging by the evidence in the video below, it appears to be a matter of ‘when’ and not ‘if’ she will be knocking on the door for another world title opportunity.