UFC 253’s two title fights are official but it didn’t come without some drama. 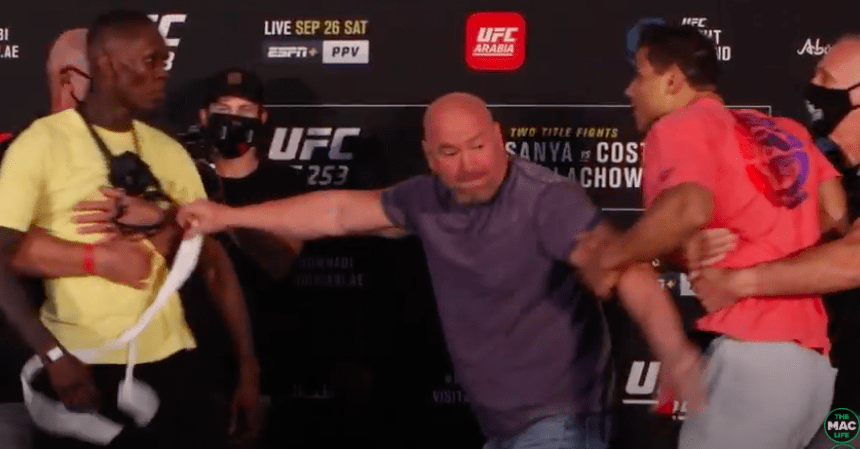 With both men hitting their mark on the scales ahead of Saturday night’s UFC 253 headliner on ‘Fight Island’, Israel Adesanya and Paulo Costa had to be separated on the stage during their pre-fight stare-down.

Title challenger Paulo Costa, who was wearing a BJJ black belt, removed a white belt from his pocket and threw it at Adesanya who retorted immediately by whipping it back at the Brazilian before Dana White was forced to separate the two warring middleweights.

Costa’s jibe came after Adesanya had told the media that Costa “sucks as a grappler“, a point that he was apparently keen to challenge. This tense confrontation came after both men his their 185-pound marks on the scales to make their world title fight official.

Both Tukhugov and Klein are expected to be fined a percentage of their purses.

The full UFC 253 weigh-in results are: