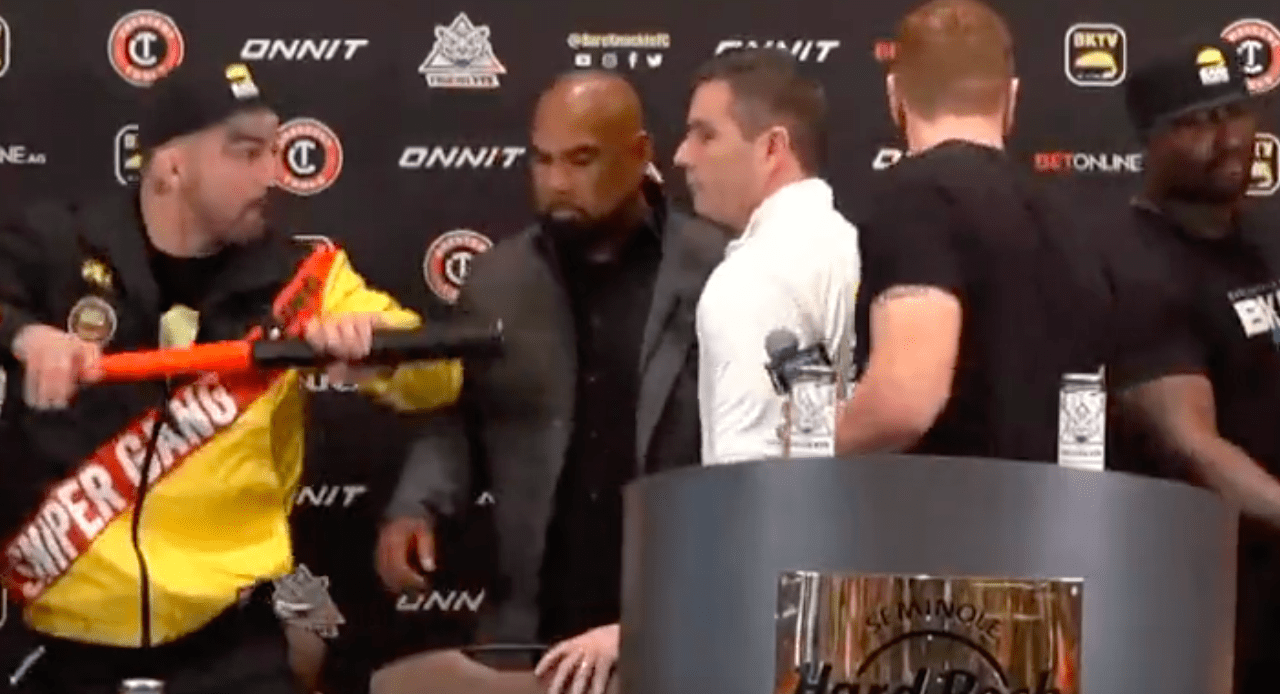 The world of bare-knuckle boxing likes to brand itself as something of an ‘anything goes’ style of stand-up fighting — but as far as we’re aware, that doesn’t include the use of baseball bats.

Recent BKFC signing Mike Perry is readying himself for his first assignment in his new home after his five-year run in the UFC came to an end last April after he suffered a fourth loss in his last five fights. ‘Platinum’ will take on BKFC veteran Julian Lane in this coming Saturday at the promotion’s Knucklemania 2 event in Hollywood, Florida — a fight which comes after the two engaged in a ringside brawl at a recent event while Perry was providing commentary.

And the showman that he is, Perry brought a baseball bat along to the proceedings.

👀👀 @PlatinumPerry came prepared with a bat at today’s press conference.

👊This Saturday, two guys who love to throw hands will meet in the main event of #KnuckleMania2.

🤔Who will win, #Platinum or @JulianLaneMMA?