They let him bang, bro. 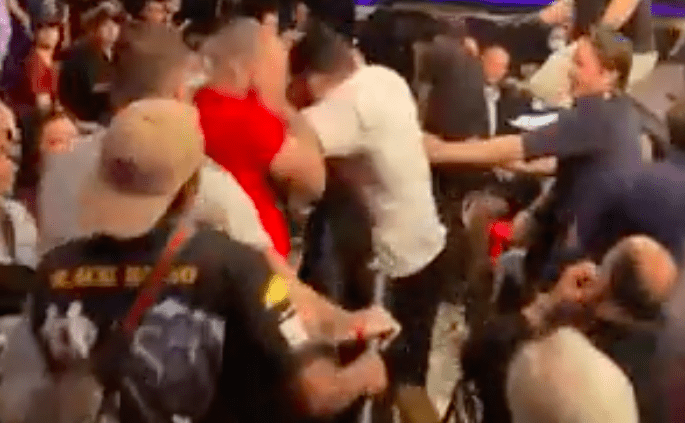 Former UFC welterweight Perry, who recently scored a victory against pro boxer Michael Seals in the upstart Triad Combat event hosted by Triller, recently inked a deal with the bare knuckle fighting league and came up, close and personal with one of their most seasoned fighters, former Ultimate Fighter contestant Julian Lane, at Thursday’s event in Tampa, Florida.

On the broadcast, Perry was discussing his move from the UFC with BKFC commentary team Sean Wheelock and Chris Lytle when something was thrown from the audience towards him. Perry took a moment and looked towards the direction from which the projectile came and, as one might have expected, left his position to confront Lane — and fists quickly flew.