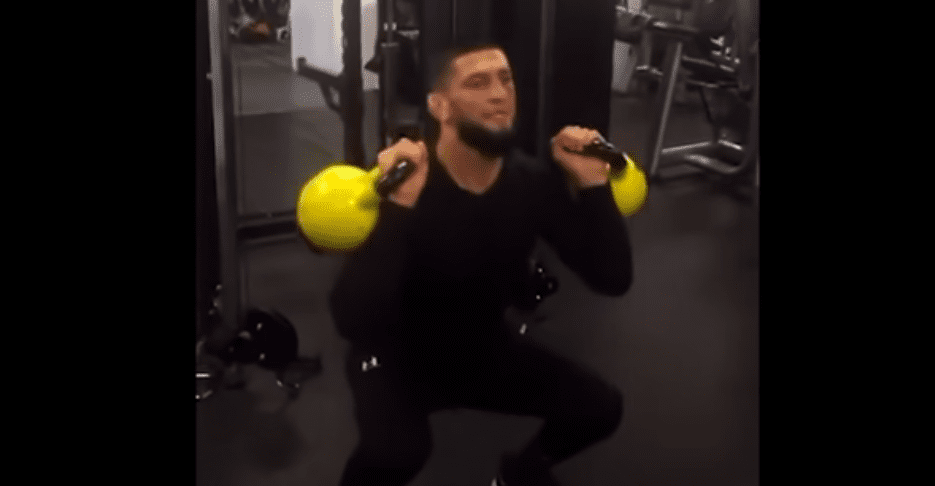 Khamzat Chimaev certainly isn’t one to rest on his laurels after his Fight of the Year candidate win against Gilbert Burns last weekend.

The two welterweights more than lived up to the hype in a classic encounter at UFC 273, with Chimaev winning a close decision against his Brazilian counterpart after three furious rounds of action. Most fighters could be forgiven for taking a week or two off in the wake of such an attritional contest, but Chimaev is a different kind of fighter — and is already back in the training room.

“The date is 12 of April,” a voice behind the camera can be heard saying as Chimaev works out with two kettlebells. “9th of April, we went to war. This is why this guy is gonna become a champion. This is why, you understand? After a war like that … back in the gym training, after a f*cking war like that.