Watch: Johnny Walker and Michel Pereira have trained together and it is exactly what you might imagine
Press enter to begin your search
MMA

Watch: Johnny Walker and Michel Pereira have trained together and it is exactly what you might imagine

Can there be a more entertaining sparring session than Johnny Walker vs. Michel Pereira? 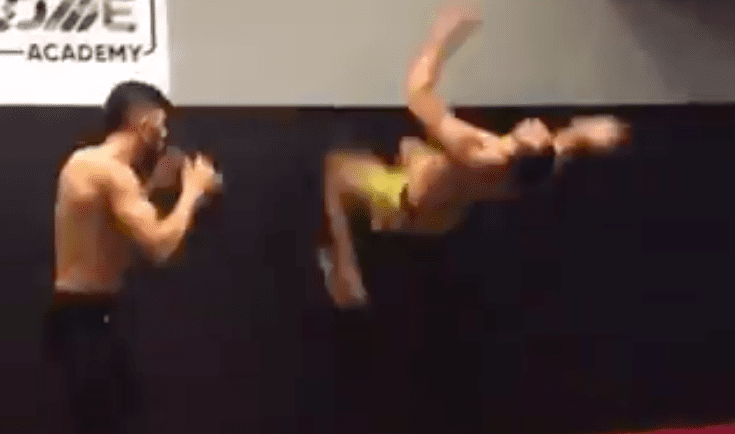 There aren’t many fighters in the UFC with more exciting styles than light heavyweight Johnny Walker and welterweight Michel Pereira.

The pair of Brazilian fighters are well-known for their flashy exhibitions in the cage and after both men were successful in their most recent bouts in the UFC, the two compatriots met for what ended up being one of the more unorthodox sparring sessions we have seen on social media in recent times.

Walker put an end to a two-fight skid last month with a first round TKO finish of Ryan Spann at the UFC’s Apex facility in Las Vegas in what was his first fight since linking up with John Kavanagh at SBG Ireland, while Pereira earned a late submission win against Zelim Imadaev earlier in September in the same venue.

Both fights were typically entertaining encounters from two men whose reputations continue to grow within the UFC and, judging by the reactions on social media at least, they are picking up new fans by the truckload.