After 19 years, John Kavanagh is about to open the SBG Ireland facility that he has always dreamed of. 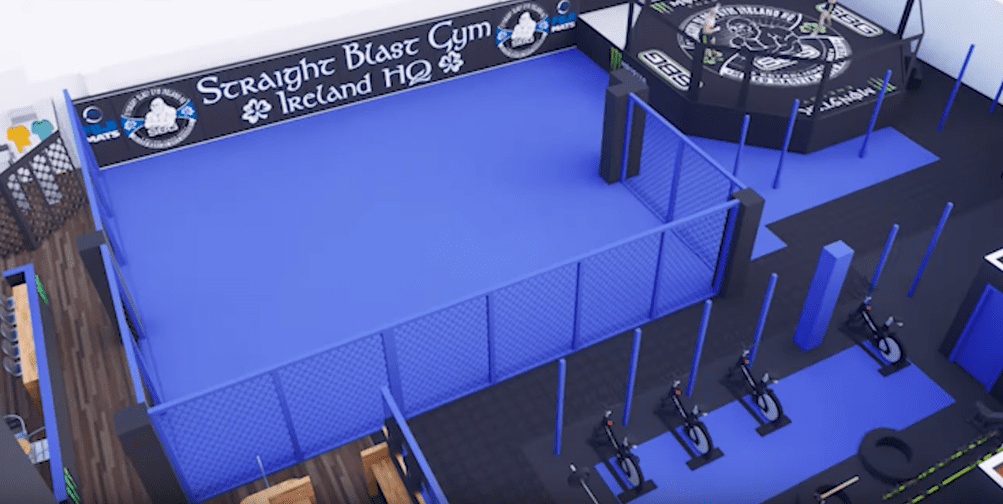 As John Kavanagh announced on social media on Wednesday afternoon, “19 years. 9 gyms. All for this.”

In August, Kavanagh will uproot the current main SBG facility on the Concorde Industrial Estate on Dublin’s Naas Road — a fine facility in its own right — to upscale to a state-of-the-art gym which will stand shoulder-to-shoulder with any such facility in the world.

It is the latest triumph for a fight team which began in the now famous ‘shed’, a room which had barely enough room inside it to hold more than a handful of people. In recent years, and owing to the success of dozens of fighters who learned their craft under Kavanagh’s tutelage in the shed and elsewhere, it is time to level up.

“Over a period of 19 years I’ve moved location 8 times, this will be my 9th and final time,” Kavanagh said, accompanying the video. “Some of those moves were welcomed upgrades, sometimes they were forced moves when a landlord wanted his unit back. This move began October 2017 when after being told my current lease would not be renewed (which would end Jan 2019), I went looking for a new home. I didn’t realise then it would take almost two years to find, agree upon, plan and refurbish our new gym.

“However, one thing this journey has taught me is that nothing worthwhile having ever comes easy.”

What features will the new SBG Ireland boast? Quite a lot, as it turns out.

The final day at the current Concorde facility will be Sunday August 4th, with the official opening date for the new facility to be Monday August 12th.