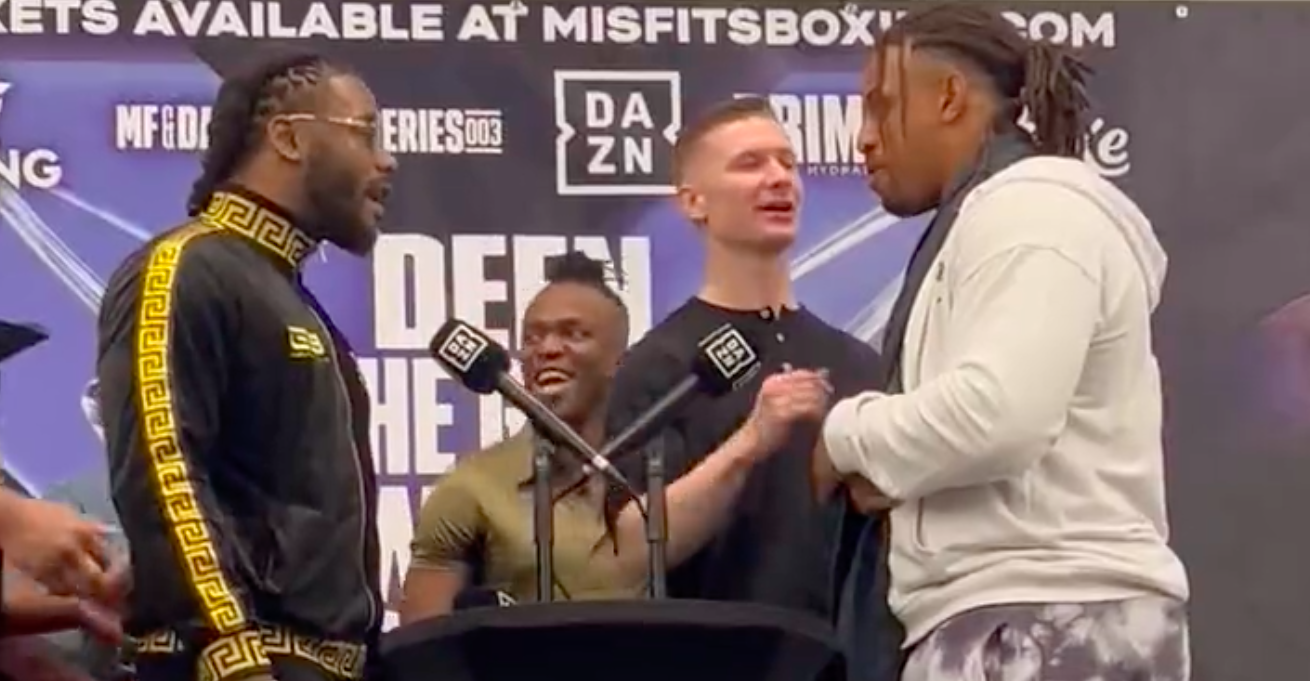 The fight you never knew you wanted to see (or perhaps never wanted in the first place?) happens this weekend when Hasim Rahman Jr and former UFC fighter Greg Hardy do battle as part of a KSI promoted fight card, and they’re doing their vest best to sell it.

Rahman Jr, son of former world heavyweight champion Hasim Rahman, was due to fight another for UFC fighter, Vitor Belfort, on this card but instead of taking on the conqueror of the geriatric Evander Holyfield, he will instead take on Hardy after Belfort was forced to withdraw from the event a few days ago.

Hardy, who is 1-0 in the boxing ring but suffered three successive TKO defeats on his way out the UFC exit door, is understood to be forming plans to make a go in the world of boxing and this weekend’s fight should serve as an interesting litmus test to see if he has the necessary tools to hang with a fighter of Rahman Jr’s status.

🤯 That was 𝐂𝐑𝐀𝐙𝐘!@_HasimRahmanJr and @GregHardyJr have to be separated by a combination of @KSI, @TheCannonBriggs and Hasim Rahman Sr 🔥

Big face off here between @_HasimRahmanJr and Greg Hardy, with help from @TheCannonBriggs 😤