Adesanya to Pereira: ‘I will fight you until I beat you’
Press enter to begin your search
MMA

Adesanya to Pereira: ‘I will fight you until I beat you’

Adesanya will get revenge one day, he says 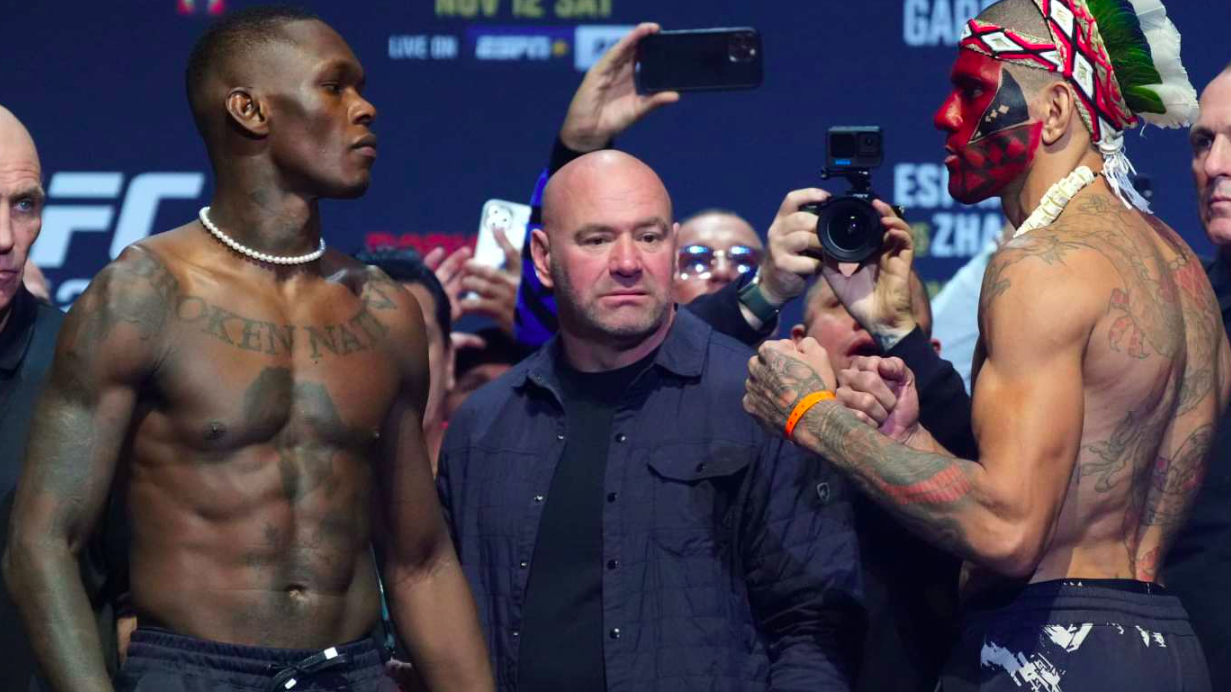 Three chapters have already been written in their rivalry but Israel Adesanya is expecting a fourth against Alex Pereira.

The newly-crowned UFC middleweight champion scored another win against his longtime rival Adesanya in New York last weekend, adding a mixed martial arts victory to the two he achieved in their kickboxing days — but much like those first two fights, perhaps the result doesn’t tell the full story.

Adesanya was on his way to winning the UFC 281 headliner, at least on the scorecards, until he was stopped by a late Pereira salvo against the fence — bringing back memories of their close first fight, and a contentious second one.

But Adesanya, who is currently back home and steeling himself ahead of future battles, says that he will see Alex Pereira again. And again after that, if necessary.

“He said, ‘I don’t think he’s gonna want an immediate rematch.’ He doesn’t know me. I will fight you until I beat you,” Adesanya said of the Brazilian to the Flagrant YouTube channel.

“I don’t give a f*ck, I’ll be 60 and I’ll come to your favela and knock on your f*cking tin door with my walking stick and be like, ‘You want me right now?’ Even if it’s just one, cool, I beat you. I know I can beat you.”