Lewis takes on the dangerous Sergey Spivak on Saturday night 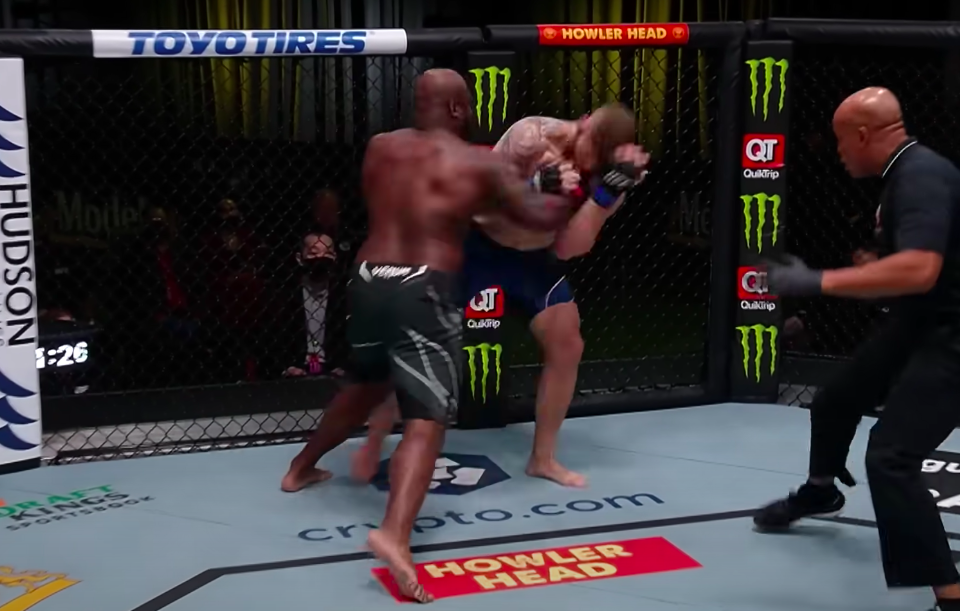 Derrick Lewis is known for being one of the most concussive punchers in UFC history and will look to add to his 21 knockout wins (from 26 wins overall) in this weekend’s UFC main event fight against the 15-3 Moldovan slugger Sergey Spivak in the latest headline fight to be beamed around the world from the UFC’s Apex facility outside of Las Vegas — and Lewis could sure do with another spectacular knockout victory.

The former UFC title challenger comes into the bout after experiencing successive losses to both Tai Tuivasa and Sergei Pavlovich, and you can be guaranteed to expect more fireworks this time around given that Lewis hasn’t seen a final bell dating back six fights to his February 2020 fight with Ilir Latifi.

Spivak, by comparison, will enter the cage on the back of two TKO wins of his own against Augusto Sakai and Greg Hardy, and more fireworks are expected this weekend.

But before they take to the cage, check out the video below to remind yourself of exactly how much power the ‘Black Beast’ contains within in his fists.