Another chance to check out Yair Rodriguez’ most recent fight before he takes on Max Holloway this weekend. 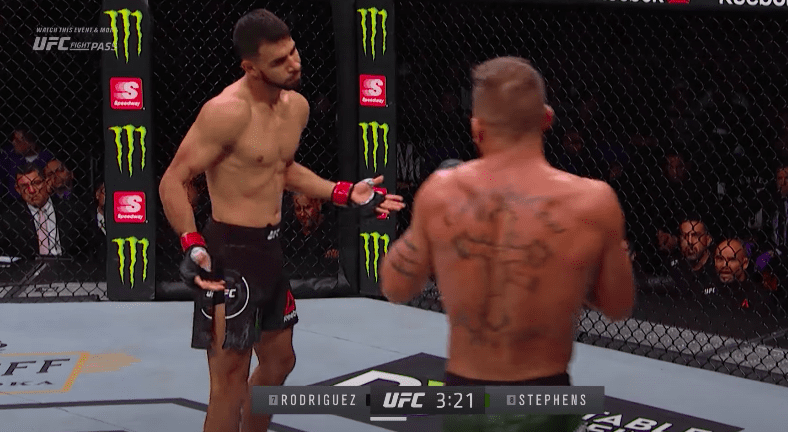 It would be easy to consider Yair Rodriguez as the forgotten man of the UFC’s featherweight division.

Beaten just once in his UFC tenure (against Frankie Edgar more than four years ago), an assortment of injuries has derailed that Mexican’s campaign for gold at 145-pounds but for the first time in more than two years, ‘El Pantera’ returns to action this weekend where he will take on former featherweight champ Max Holloway — a man who clearly has his own designs at regaining gold in a talent-rich division.

Holloway, though, has been somewhat inactive as well — fighting just once in each of the past two years — but his most recent performance against Calvin Kattar in January of this year was a career-best performance.

But whether ‘Blessed’ can repeat that remains to be seen, and he will face an entirely different prospect in the cage this weekend.

See below for a reminder of Rodriguez’s very eye-catching fight style in his second bout with Jeremy Stephens from October 2019.