Relive one of 2018’s most exciting fights. 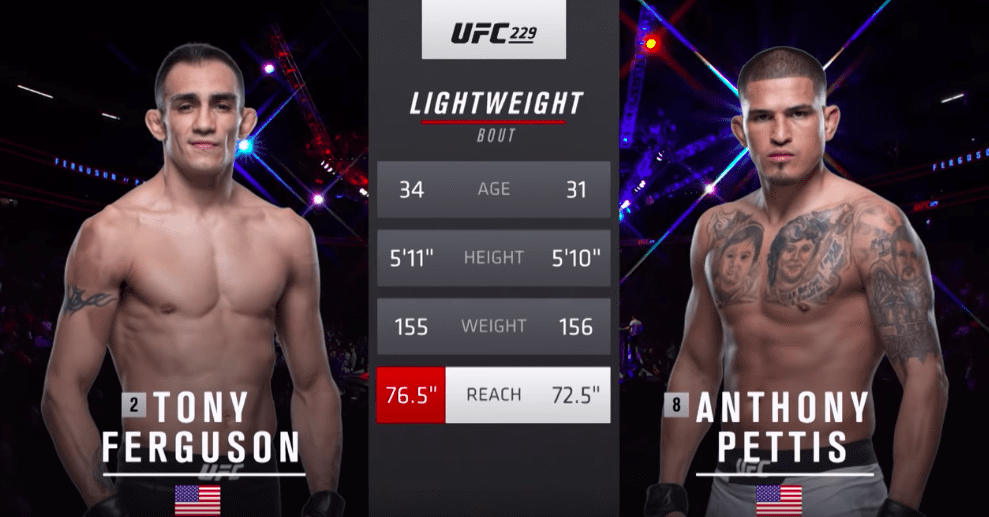 ‘El Cucuy’ Tony Ferguson is set to return to action in what should be a can’t-miss June clash with Donald Cerrone at UFC 238 in Chicago, his first outing since an October win against Anthony Pettis.

Ferguson’s return will be a heartening sight for many MMA fans given some recent incidents in the fighter’s personal life which ruled him out of contention of facing Max Holloway for the interim UFC lightweight title last month. His spot in the bout was taken by Dustin Poirier, who won and set up a future clash with Khabib Nurmagomedov.

When he is in the cage though, Ferguson’s talent is undeniable. His UFC 229 fight with Pettis last October was one of the year’s more exciting scraps, showcasing not just Ferguson’s attacking prowess but also his grit and determination, as he was repeatedly caught and dropped by Pettis in a crazy sequence early in the fight.

Check out the fight in full below: