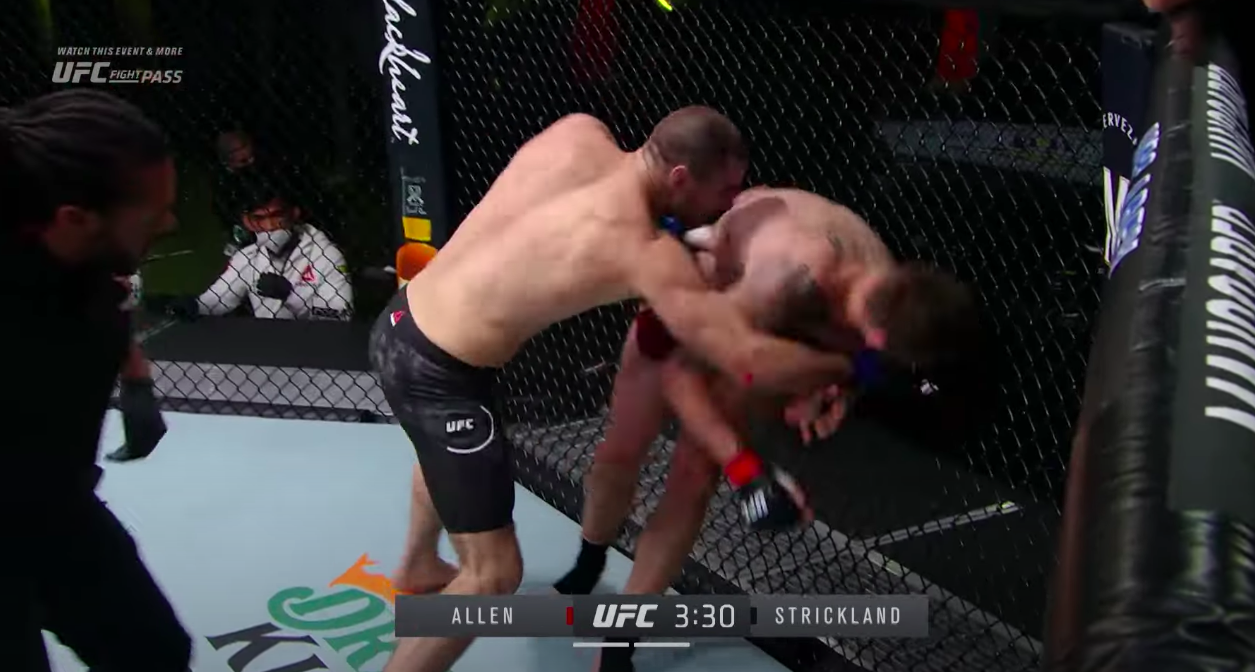 The UFC’s final event of the year (and the last for four weeks) will come this Saturday night and will feature a showdown between two fighters with legitimate claims to be included in title talk at 185-pounds.

Sean Strickland and Jared Cannonier, the two who headline this weekend’s card, could present themselves as the ‘best of the rest’ in the middleweight division, with Strickland’s recent unbeaten streak ended by the man who now holds the belt, Alex Pereira, and Cannonier’s own recent good form ended by Israel Adesanya.

The winner of this weekend’s fight in the UFC Apex will be ideally positioned for a run at the crown in 2023, and the loser will face the prospect of dropping down another couple of rungs on the contender’s ladder.

Strickland, long one of the UFC’s more controversial fighters, has lost just once in his last seven (the aforementioned KO by Pereira) and one of the more impressive fights in that run was his TKO win against Brendan Allen back in late 2020, which you can check out below: