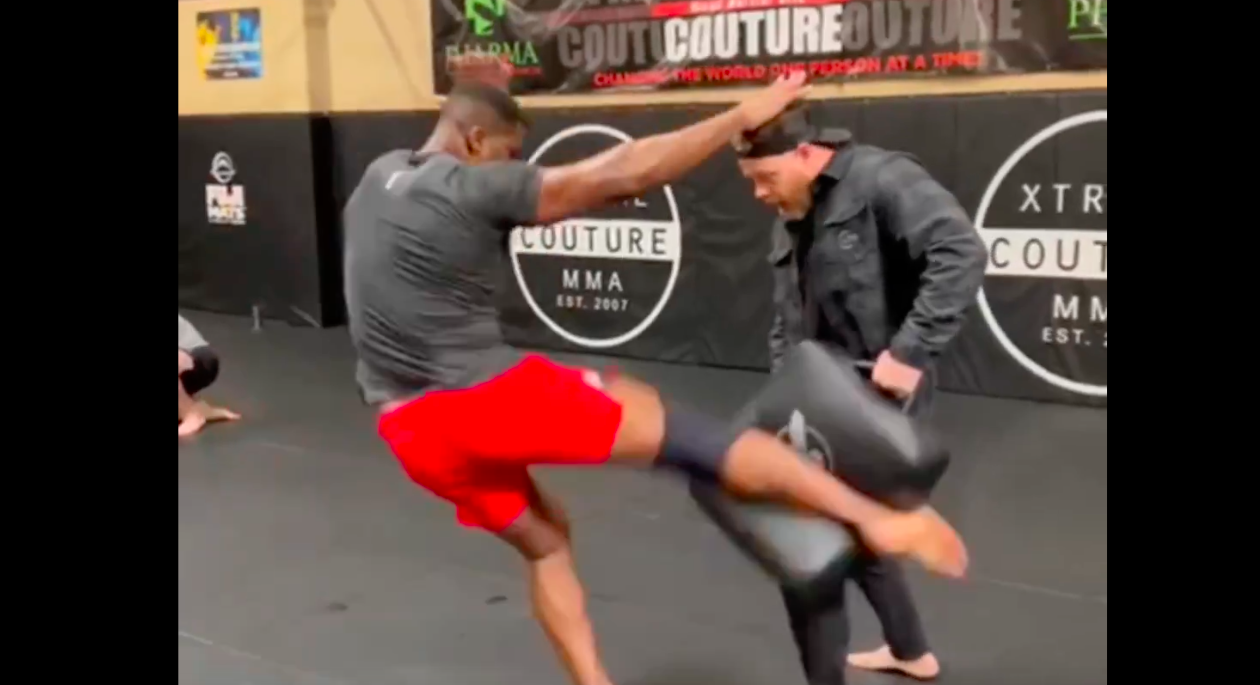 The Cameroonian slugger has been absent from the cage following a title defence against Ciyrl Gane earlier this year which took place a little over three weeks after he badly injured his knee in training on December 28 last year. While he will be on the shelf a while longer, talk has begun heating up as to when (and against who) he will face on his return, with the Jon Jones speculation amping up considerably in the past week or so.

Ngannou remains embroiled in a contract dispute with the UFC brass which could impact his return, with the champion stating in the past that he would only consider signing a contract which afforded him provisions to take on challenges in the boxing ring. Ngannou has been linked to an exhibition fight with Tyson Fury, even joining the Englishman in the ring following Fury’s KO win against compatriot Dillian Whyte earlier this year.

But whatever his next move is, it seems that Ngannou is healing nicely — at least as evidenced by footage release to social media shoing him throwing some thunderous kicks, which you can check out for yourself below.