Who have you got in this weekend’s main event? 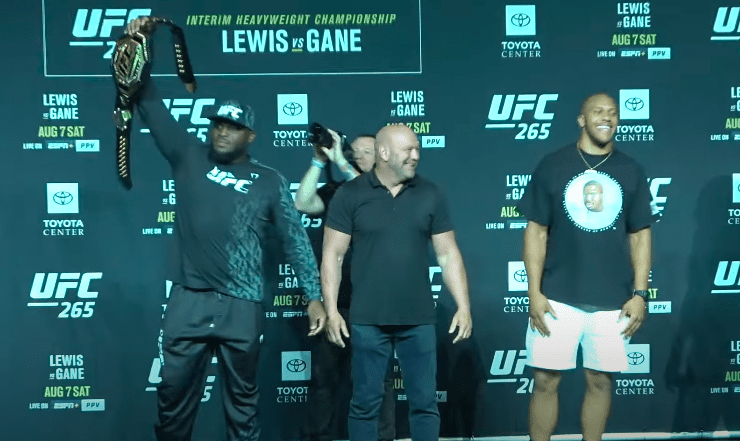 The UFC is set to crown its second concurrent heavyweight champion this weekend when Derrick Lewis meets Ciryl Gane in the main event of Saturday’s fights in Houston, Texas — and Lewis made clear in the face-off that he intends on winning the title belt in his home state no matter the cost.

Lewis and Gane will duel for the honour to be called the UFC’s interim heavyweight champ, and set up a future date with Francis Ngannou. Both men have history with the Cameroon-born champ. Lewis remains the only fighter that Ngannou has set foot in a cage with (in the the UFC) and not defeated after the two played out a dour three-round decision a couple of years ago.

Gane, meanwhile, has trained in the past with Ngannou and the Muay That stylist has said that he has identified a way to bypass the current champion.

Whatever the outcome, fireworks are expected in Houston on Saturday night and it was obvious in the pre-fight staredown that Lewis is entering the contest in confident form.