One more fight for The California Kid? 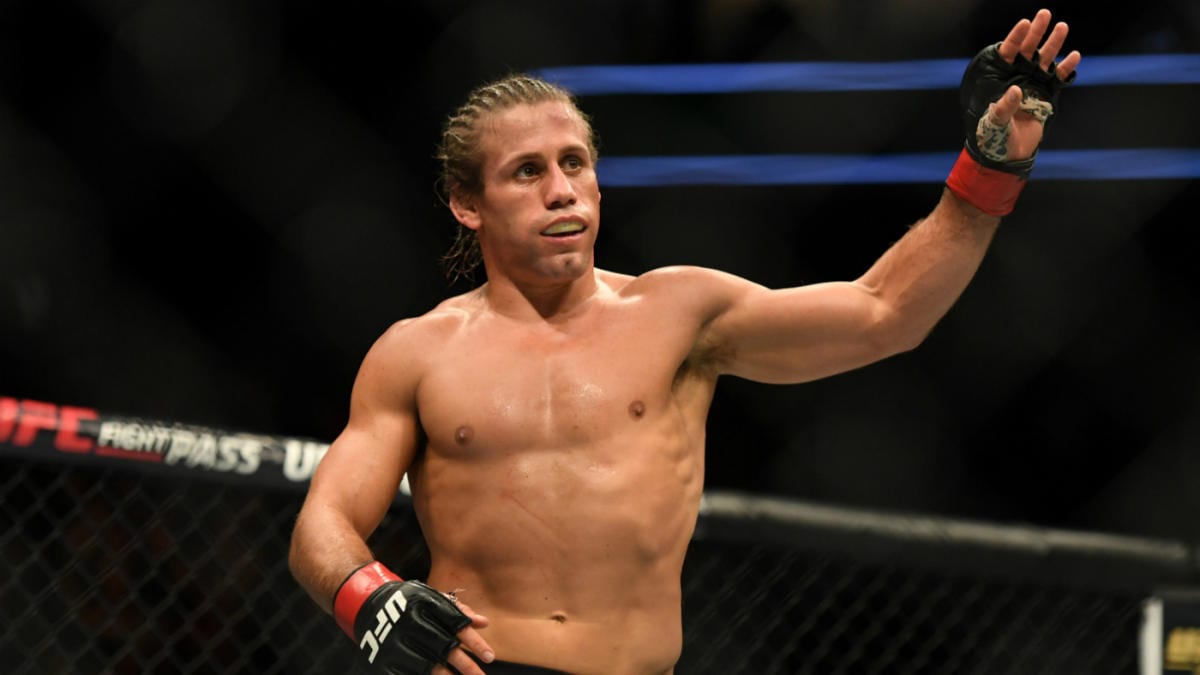 A day after it was confirmed that his former training partner Chad Mendes is to come out of retirement to ink a bare-knuckle boxing deal, Team Alpha Male head Urijah Faber says he’s contemplating his own comeback.

Unlike Mendes, though, any comeback for the former WEC champion would come in mixed martial arts, even at the ripe old age of 42.

“If I was going to compete, I would need to get back into Rocky mode and it would take me a couple of months,” Faber told The Schmo. “I just dislocated my pinky unfortunately in practice. I don’t know how long that will take at this point, I can’t make a fist with it.

“I’m not opposed to getting into a good old fistfight, fun, you get paid, part of your passion. Don’t count the idea out. I’ll have a sit-down with Sean Shelby and maybe Dana White to see if they think it’s a good idea to get back in there. But, I’m always game.”

Faber hasn’t competed in the cage since a December 2019 defeat to Petr Yan, a fighter who would go on to claim the UFC bantamweight title soon after. Prior to that, Faber had been successful in his two prior bouts, defeating both Ricky Simon and Brad Pickett — but if ‘The California Kid’ just opt to fight again, he says there is one opponent that makes sense to him.

“I fight because I love it, it’s a good time, the entire experience. Not having a crowd, I was definitely not going to fight,” Faber said. “Now that the crowds are back, I definitely wouldn’t put it past (me returning). I’ve heard maybe seven or eight guys that have called me out or ask for the fight, some respectfully and some disrespectfully. Chito Vera, he is one of the guys. That would be an interesting matchup.

“It’s funny the whole thing that happened with him and Song Yadong. He was all bent out of shape after that fight, backstage his whole team was ranting and raving,” Faber concluded. “I said ‘guys, you can always do it again.’ He was like ‘well why don’t you fight me then?’ right in front of Song. I go ‘oh you don’t want to fight Song again?’ ‘Oh no, no I do blah, blah.’ But, he hasn’t said a word about Song, you know. That would be a good one though, old Chito Vera.”