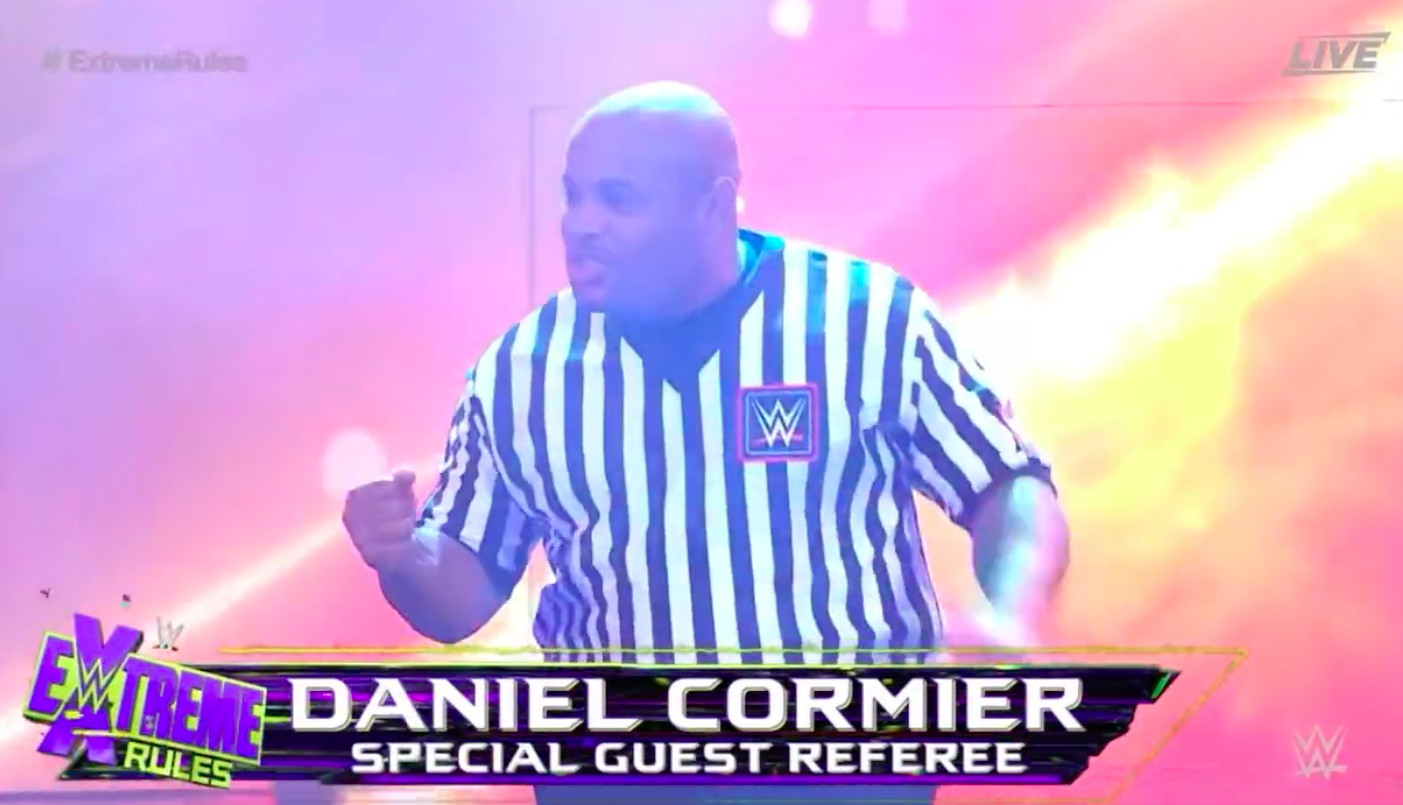 Daniel Cormier might be well and truly retired from combat sports but his time under the bright lights certainly hasn’t come to an end.

Cormier, the former UFC double-champ, is a noted lifelong fan of professional wrestling and on Sunday got to live the dream of any ‘mark’ by making a special guest appearance during the WWE’s Extreme Rules event where he was tasked with overseeing a matchup between Seth Rollins (the real-life husband of Ireland’s Becky Lynch) and former UFC fighter Matt Riddle.

DC generally kept his distance throughout the match but did take Rollins down a peg or two any time he attempted to use ‘bad guy’ tactics. The match was even infused with a little dash of MMA when Riddle performed Anthony Pettis’ ‘Showtime Kick’ at one point.

The wrestling match was even finished with one of MMA’s more recognisable moves when Riddle locked in a triangle choke to submit his foe. Elsewhere during the event, the WWE’s relationship with MMA was apparent again when Ronda Rousey one again claimed a WWE title, submitting her opponent Liv Morgan — but only after Rousey had been smashed through a table beforehand.

And hey, Rousey has had her tough moment in the Octagon throughout her career — but at least Holly Holm never brought furniture into the cage with her ahead of their fight.