McGregor is back where it all began, the Crumlin Boxing Club 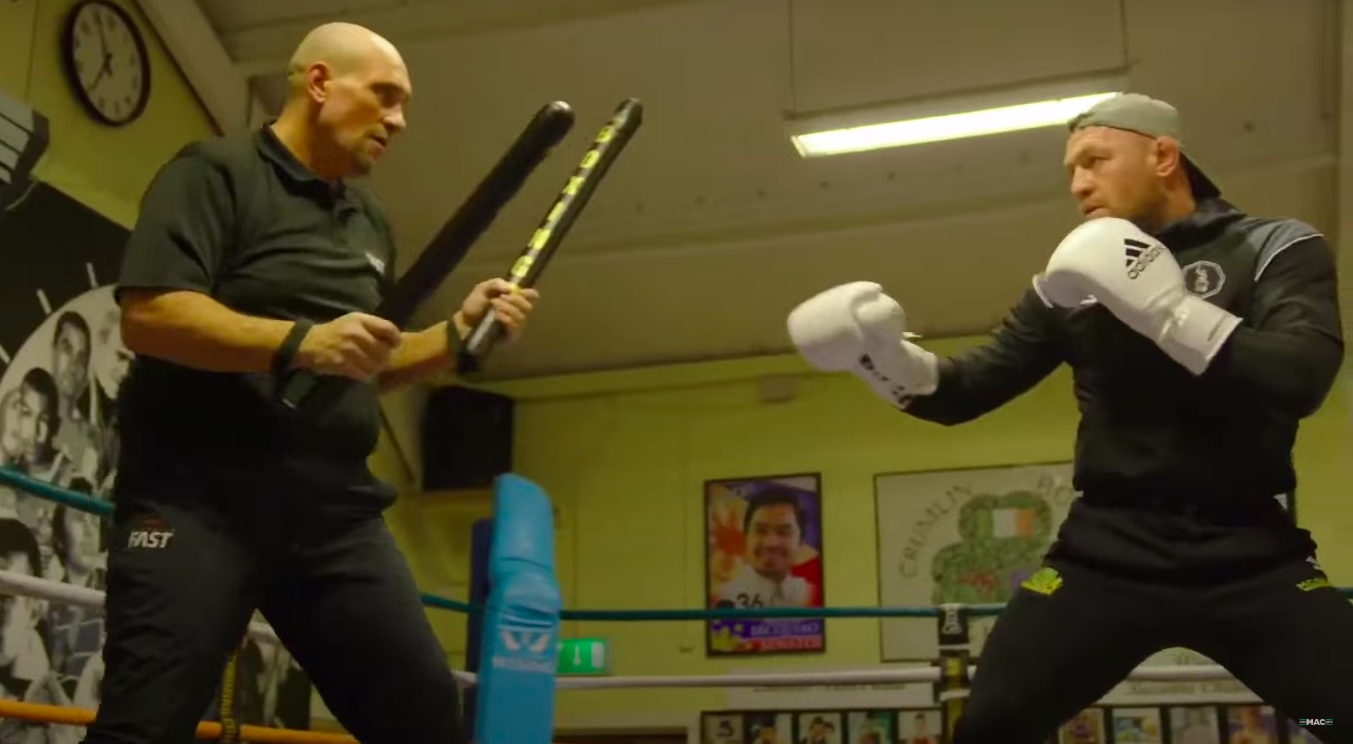 Conor McGregor continues to amp up his training as he works towards making his comeback to the cage — and the latest footage to have filtered out from the Dubliner’s camp shows him back where it all began: the Crumlin Boxing Club in Dublin 12. Throughout his recovery from the injury he experiencing to his lower left leg in his most recent bout in the Octagon, McGregor has worked towards sharpening each of his tools.

Over time, all of the aspects of mixed martial arts have been returned to his arsenal. First came the grappling, then the sparring. After clearance from physicians, the kicks came back — and the latest footage shows McGregor’s unique movement within the cage (or ring, in this case), an element to McGregor’s game which has flummoxed so many of his opponents over the years whether it was the slip and counter which flatlined Ivan Buchinger all those years ago in Cage Warriors or the in-and-out style which toppled Eddie Alvarez in 2016 in what was a title-winning effort in the first MMA headline bout to ever take place inside the famed Madison Square Garden.

And as you can see in the footage below, the tools are sharp.