Watch: Conor McGregor gives a glimpse into his training ahead of Poirier trilogy bout - MMA - TheMacLife
Press enter to begin your search
MMA

Watch: Conor McGregor gives a glimpse into his training ahead of Poirier trilogy bout

McGregor continues his preparation for the Poirier trilogy bout next month. 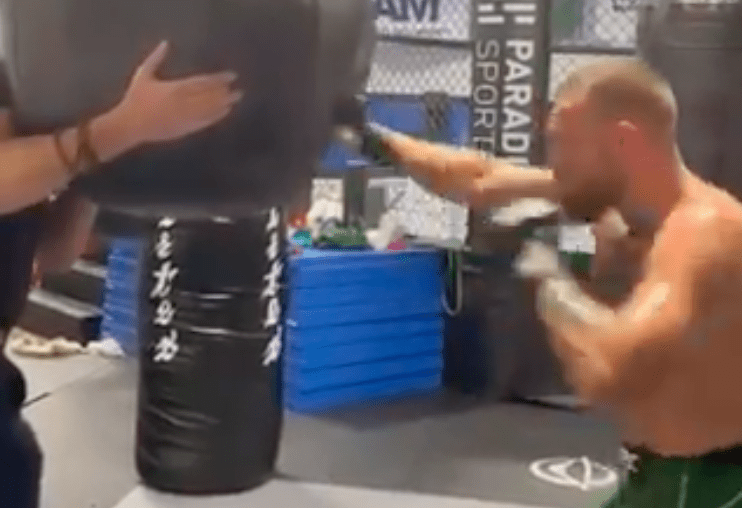 Less than a month remains until Conor McGregor and Dustin Poirier step into the cage with one another for a third time, and the Dubliner is leaving no stone unturned in his preparation for the pivotal bout.

McGregor’s social media has provided more than a few glimpses into his training camp for the fight which headlines the UFC 264 card in Las Vegas on July 11, with the latest showing him pounding a punching bag with a series of rights and lefts — with him appearing to be in top physical condition in advance of the main event scrap.

The fight comes barely seven months after McGregor and Poirier met on ‘Fight Island’ in January in what was their second bout in the UFC cage, with the score standing one win apiece.

The winner of next month’s matchup will likely be drafted into a world title fight against Brazilian veteran Charles Oliveira, who won the vacant 155-pound title with a TKO finish of former Bellator champion Michael Chandler last month.