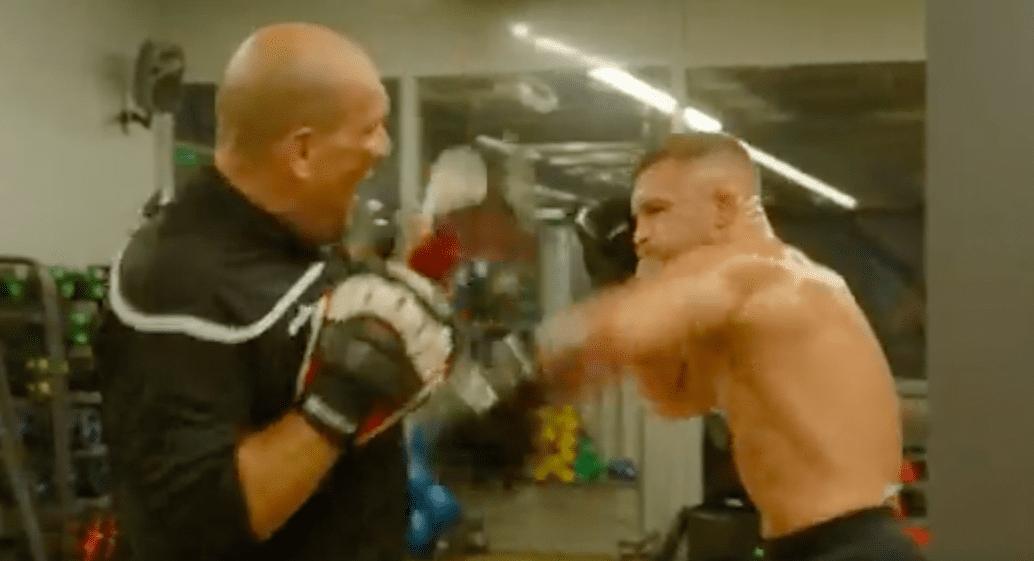 Conor McGregor is continuing to sharpen his tools ahead of his cage comeback which is expected to take place later this year, with regular footage filtering out from his training room — this time from the idyllic scenes of Cannes in the French Riviera.

McGregor has released several clips of his training sessions in recent weeks, with the latest showing him hitting mitts with powerful left-right combos, which you can see via his Twitter channel below.

The Dubliner was cleared to return to sparring last month, well under a year after he suffered a nasty injury to his lower left leg in the Octagon last summer. He has since spent numerous hours working on his craft in a variety of different areas, from the Crumlin Boxing Club in which he first learned boxing technique to his latest training base in Southern France.

There is no date as of yet as to when McGregor will make his return to prizefighting but judging by the various clips filtering out of his training, that day is getting nearer.