Watch: Anderson Silva spars both of his sons at the same time
Press enter to begin your search
MMA

Watch: Anderson Silva spars both of his sons at the same time

Silva’s sons, Gabriel and Kalyl, are embarking on kickboxing careers 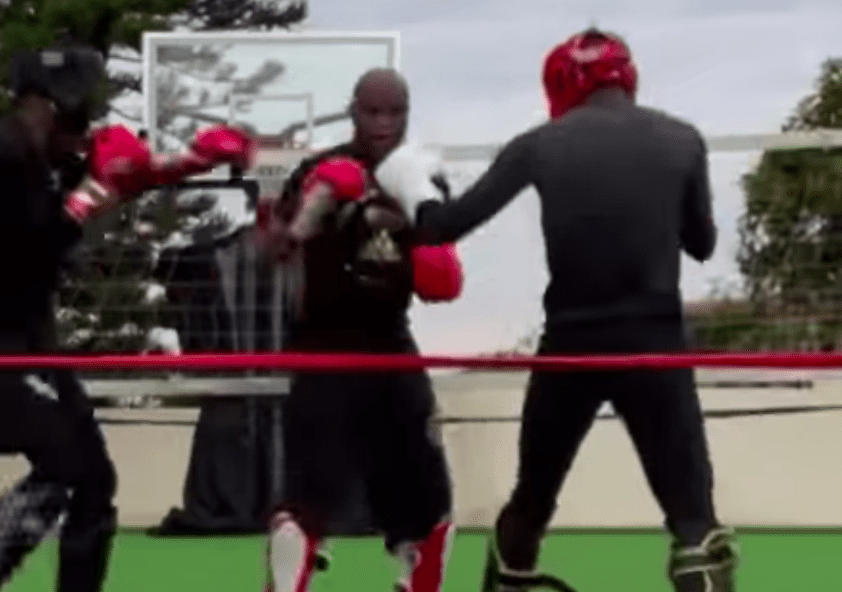 How’s about this for spider sense?

Both of Anderson Silva’s sons, Kalyl and Gabriel, have recently begun their own combat sports careers and are 2-0 and 5-1 respectively in kickboxing — but a clip from Kalyl’s Instagram account shows that the apple certainly doesn’t fall very far from the tree in the Silva household, as he and Gabriel took on their father in a light sparring session in California.

And the Octaon legend clearly still has some of his old moves at his disposal, as you’ll see from the clip below:

Silva, who hasn’t fought in MMA since an October 2020 loss to Uriah Hall in the UFC, has won two boxing matches on the trot. The first came against former boxing champ Julio Cesar Chavez Jr in a fight in which ‘The Spider’ was dominant throughout, and the other was a slightly easier affair when he KO’d Tito Ortiz moments into their Triller-promoted fight last September.

There is as of yet no indication as to when, or if, Silva will return to action but he has been mentioned as a potential opponent for Jake Paul, something which most analysts don’t predict would go very well for the YouTuber-turned-boxer.