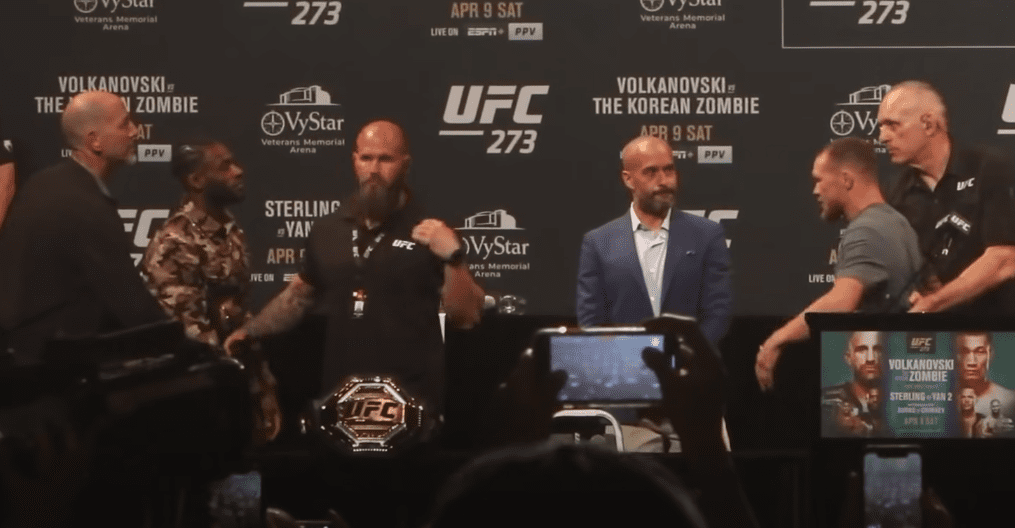 Thirteen months of acrimony will be put to bed tomorrow night at UFC 273, and judging by Thursday’s press conference both Aljamain Sterling and Petr Yan cannot wait to get their hands on one another.

Sterling, who came to the stage wearing a Jacksonville Jaguars helmet and carrying a book explaining the rules of mixed martial arts, meet on Saturday night over a year after the New York-based fighter won the UFC bantamweight title from Yan after the Russian was disqualified for landing a clearly illegal knee strike in the fourth round.

The rivalry has gone from a simmer to boiling point in year following and judging by the evidence from last night’s presser, this is a fight which now comes with deeply personal undertones to it.