Vote For Your 2017 Fighter Of The Year

Who left 2017 as the athlete with the best year? 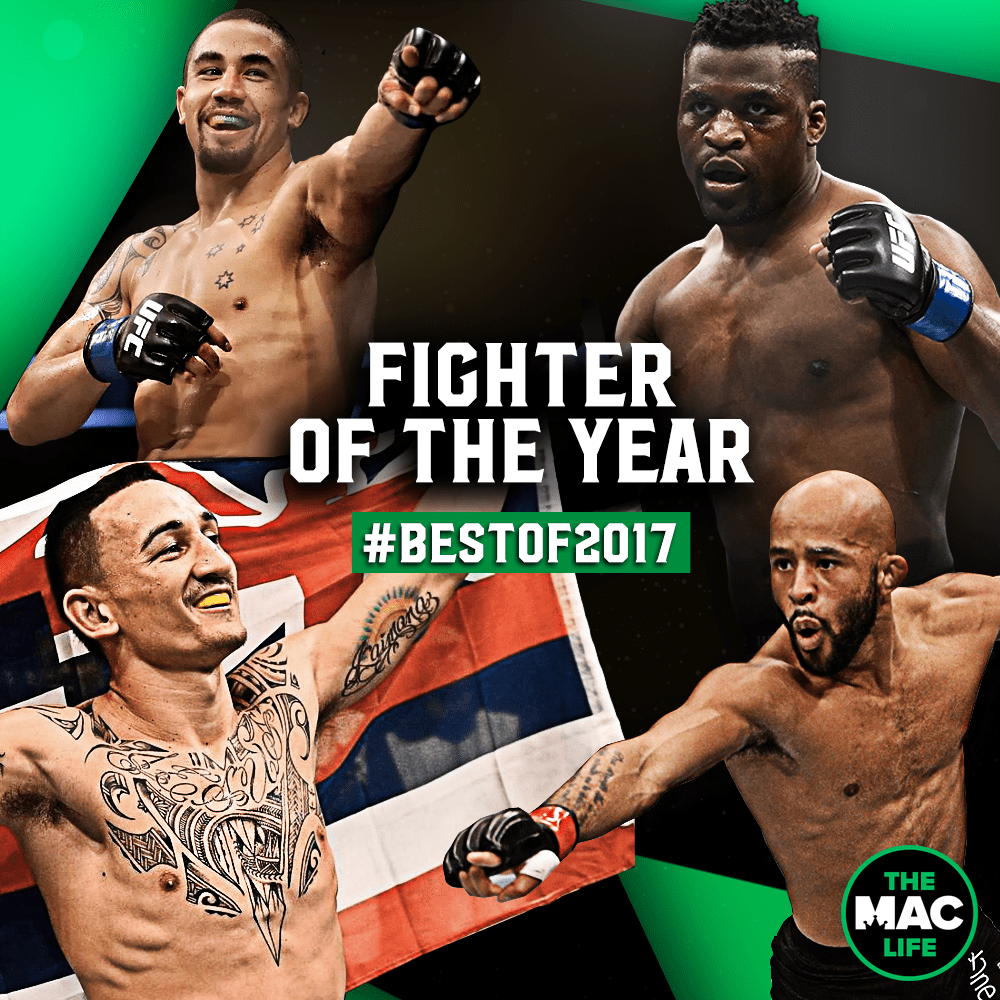 2017 has been a funny year for mixed martial arts.

A number of fights have fallen through, a number of athletes have been absent, and a number of abnormalities have taken place. All that aside, however, and there have still been a few names that have risen above the rest of their contemporaries.

Even if it’s with just two wins each, we’ve selected four fighters that we believe deserve some recognition for solid years that’ll be added to their resume. Whether it’s title defences, or solid additions to the win column, below are names that could all be considered Fighter of the Year.

Check them out, and vote below.

Take part and vote in our poll below!