Check out what some of the professionals thought of Cris Cyborg’s win at UFC 219. 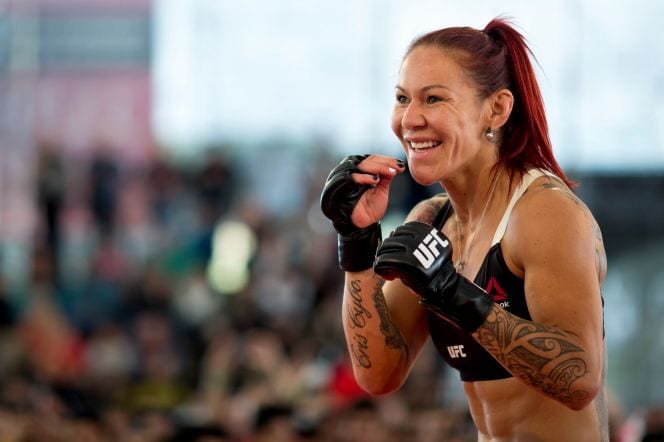 At UFC 219, the main event lived up to all expectations. Cris Cyborg and Holly Holm fought a hard five round contest, with each woman’s style posing a different threat and challenge to the other.

In the end, it was Cyborg — who was more patient than many suspected she would be — who emerged victorious. As usual, plenty of the women’s fellow fighters had much to say.

Check out just what the other professionals thought of Cyborg’s impressive victory.

@HollyHolm the first woman to win a round against #cyborg?? #ufc219 @ufc

Some sort of hydraluic fluid is now running from Cyborg's face. #ufc219

Holly was winning in the clinches and scoring while running. Cyborg didn’t land much first two rounds. Tables turning now

I got 4-0 for @criscyborg! Cyborg is framing with her left hand when Holly blitzes then countering with her right. Smart!

Does Holly’s yelling annoy anyone else 😂🤷🏽‍♂️

Great job from Cyborg. Is there any real opposition for her at 145? Or will she be like MM at 125? Cream crackered here so peace out #UFC219 pic.twitter.com/Y1JiPauDsv

I don’t care the results even Holly is my Hero

Good fight ladies. I'd like to see it again. @ufc pic.twitter.com/lax0qwT4nd