Video :: Uriah Hall proclaims sparring with Francis Ngannou “one of the scariest moments” of his life
Press enter to begin your search
MMA

Video :: Uriah Hall proclaims sparring with Francis Ngannou “one of the scariest moments” of his life 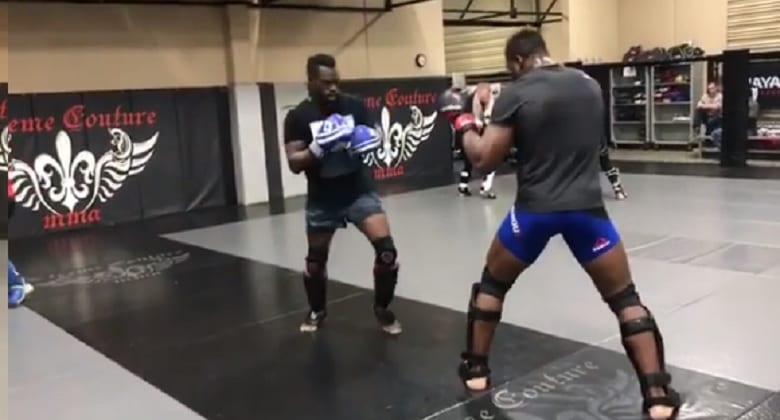 His UFC tenure has been just two short years thus far but in less than a month’s time Francis Ngannou will bid to become the UFC’s heavyweight champion just over four years from when he first walked into a mixed martial arts gym.

His six fights under the UFC banner have yielded four knockouts, a submission and a doctor’s stoppage. None of his opponents have withstood his onslaught to see the start of the third round and his last two knockouts, both against hugely decorated fighters in Andrei Arlovski and Alistair Overeem, are about as dominant any finishes in UFC heavyweight history.

Ngannou’s six UFC opponents will attest to his skills but what of those who face the gargantuan French-Cameroonian day in and day out in the training room?

Middleweight Uriah Hall, who faces Vitor Belfort in early January, posted footage of a sparring session with Ngannou on the mats at Xtreme Couture in Las Vegas after which he stated (with his tongue firmly in his cheek) that throwing leather opposite Ngannou was one of the scariest moments of his life.

Check out the footage below via Uriah Hall’s Instagram.