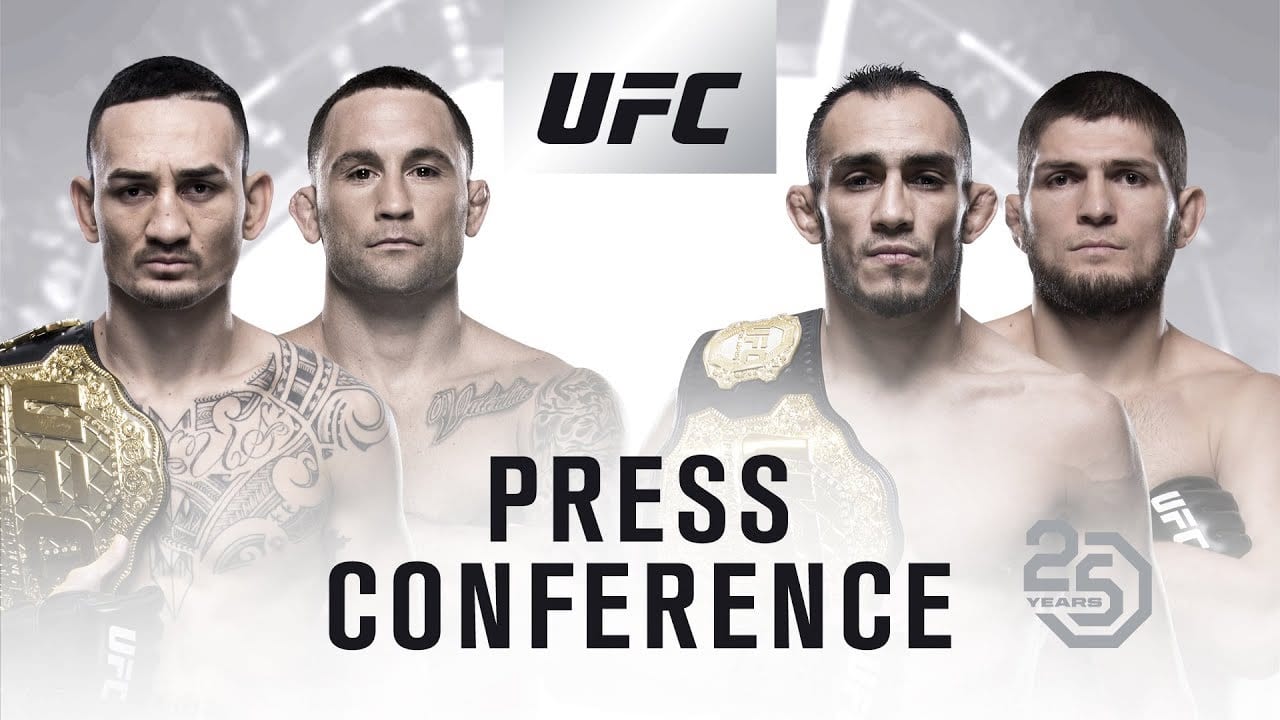 On March 3, and April 7, the UFC will be playing host to two phenomenal main events.

At UFC 221, Frankie Edgar will get the chance to become the latest UFC fighter to hold two belts in two weight classes. To do so, he’ll need to take out UFC featherweight champion Max Holloway, a man undefeated in twelve contests.

At UFC 222, it’s a division up, and one of the most anticipated fights in 155-pound history. UFC interim champion Tony Ferguson meets Khabib Nurmagomedov in what will be the fourth time their fight has been scheduled.

Check out the press conference in the video below: