Check out the fourth episode of UFC 221’s Embedded series. 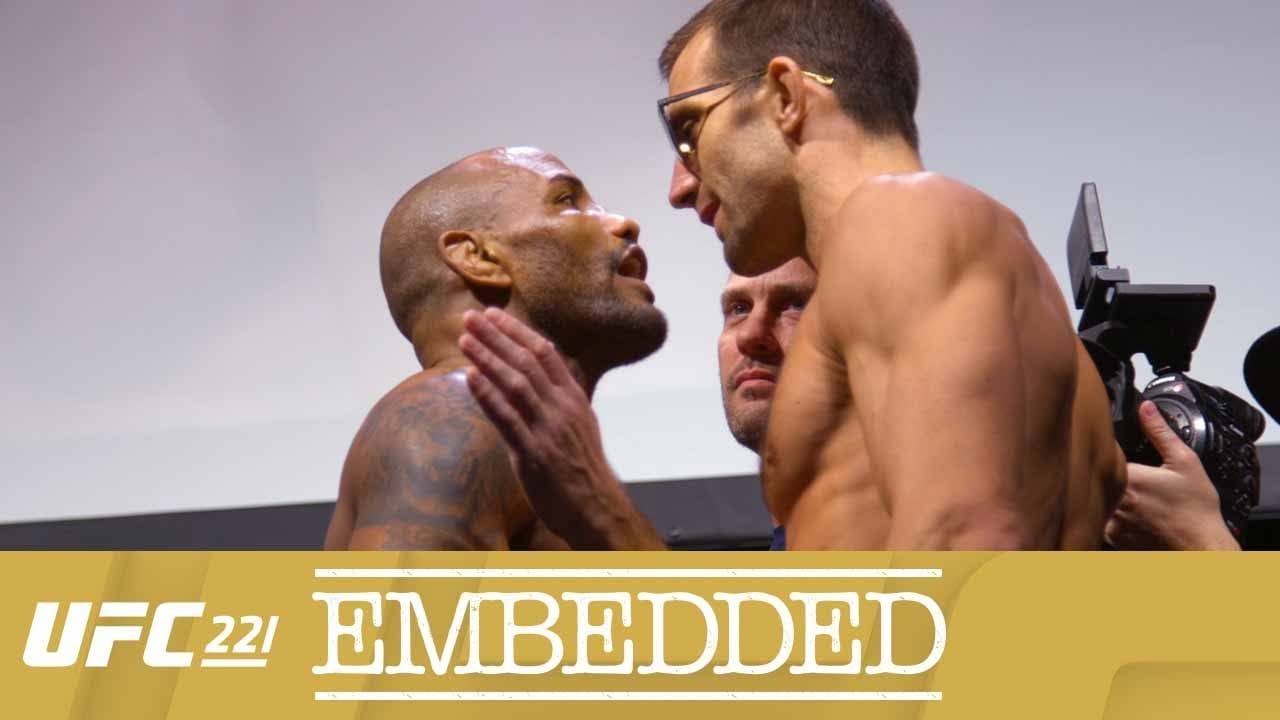 At UFC 221, the promotion returns ‘Down Under’ with an interim title fight and a hometown hero.

In the main event, Luke Rockhold meets Yoel Romero for the interim middleweight championship, and the right to meet undisputed champion Robert Whittaker later this year. Despite having been considered part of the elite at 185-pounds for years, it’ll be the first time the pair have met inside the cage.

In the co-main event, it’s the return of Mark Hunt, who fights back in Australia after having been previously pulled from an event in Sydney after some controversial comments about his longterm health.

As usual, the men will be followed by UFC’s crew and filmed as they head into fight night.