Cris Cyborg vs. Holly Holm is just a couple of weeks away. 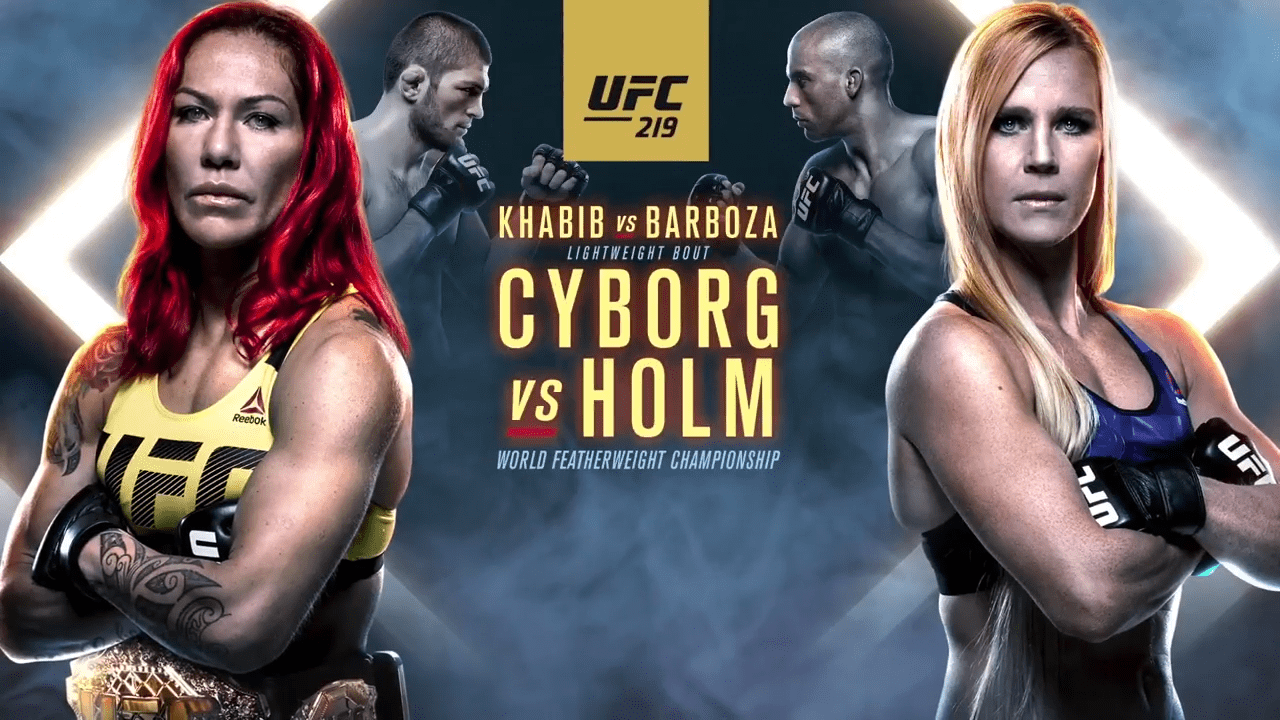 To round out the year, the UFC are presenting one of the biggest women’s mixed martial arts fights in history. In Las Vegas, Nevada, Cris Cyborg will face Holly Holm in a defence of her UFC featherweight championship.

If Cyborg emerges victorious, she’ll likely do so with the moniker of the greatest female fighter of all time. If you need any more hyping for the event, the UFC have released their first full preview of UFC 219, which also features Khabib Nurmagomedov vs. Edson Barboza.