Check out the full episode of UFC 216’s Countdown 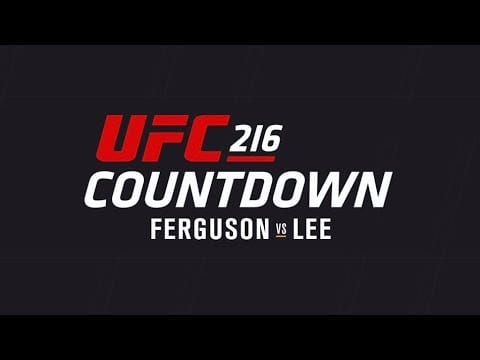 UFC 216 is just under a week away. With two title fights atop of the card, and potential history being made, there’s plenty for fans to tune in for.