Video: Tyson Fury and Deontay Wilder meet in the ring and say it’s on
Press enter to begin your search
MMA

Video: Tyson Fury and Deontay Wilder meet in the ring and say it’s on 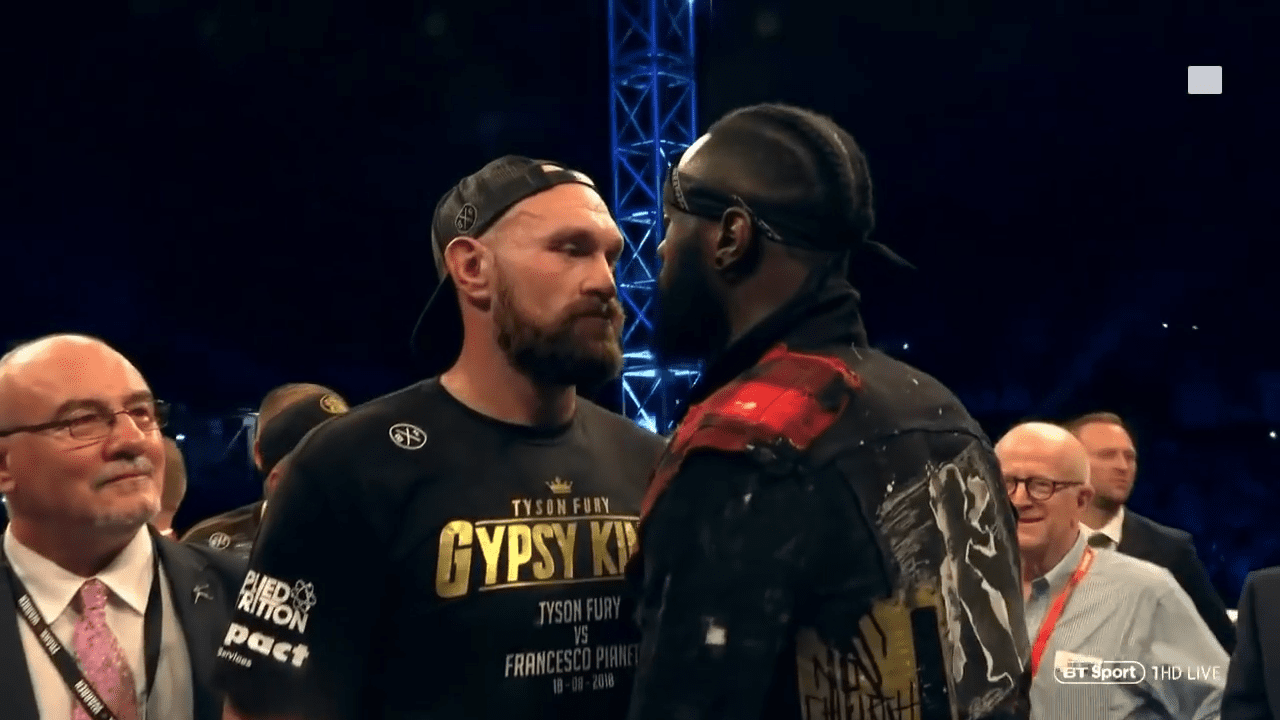 All signs point to it being true. Tyson Fury vs. Deontay Wilder will take place in a boxing ring later this year.

Fury continued his comeback to the sport against Francesco Pianeta last weekend, and put out something far closer to a vintage Fury performance than his previous contest against Sefer Seferi in June. In attendance was of course Deontay Wilder, surrounded by reports he and his team were working to put on a Fury contest before the end of 2018.

While such a fight would be a huge heavyweight clash, particularly considering the pair involved, there remained skeptics, as it would seem an enormous step up for Fury to meet Wilder on his third fight back from the sidelines.

Still, judging by the duo’s behaviour and comments in the ring after Fury’s win, the fight looks to be all but confirmed.

Note: Video may be regionally restricted.