The Choi vs. Swanson brawl was one of 2016’s best fights. 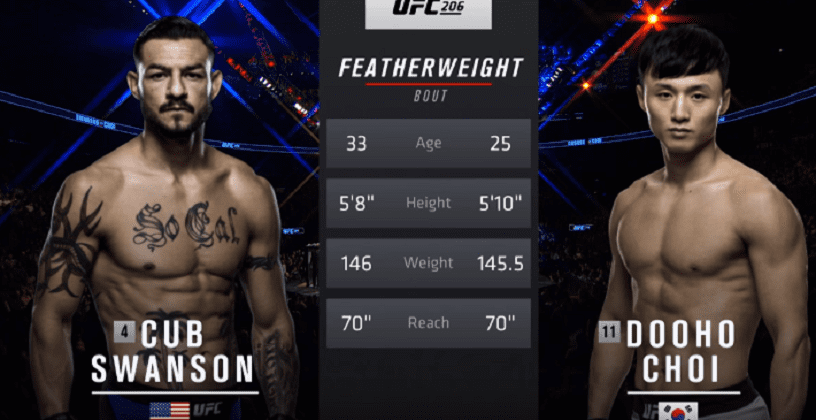 Sometimes when fights receive a whole lot of hype in the lead-in they can fail to live up to the lofty expectations that anticipation can deliver. That was most certainly not the case when Cub Swanson and Dooho Choi met at UFC 206 last year.

Choi, ‘The Korean Superboy’, had raised eyebrows in his first few UFC fights. In his first three outings, Choi earned three first round finishes and was the betting favourite to repeat this feat against veteran fighter Swanson.

Throughout 15 minutes both fighters stood and traded, unleashing barrages of strikes with neither willing to taking a backward step.

The result? One of the 2016’s clear fight of the year contenders and an instant classic in the featherweight division.

Dooho Choi returns to the octag0n for the first time since the Swanson fight at UFC Fight Night 124 on January 20th where he will share the main event status with another hard-hitting UFC veteran in Jeremy Stephens.