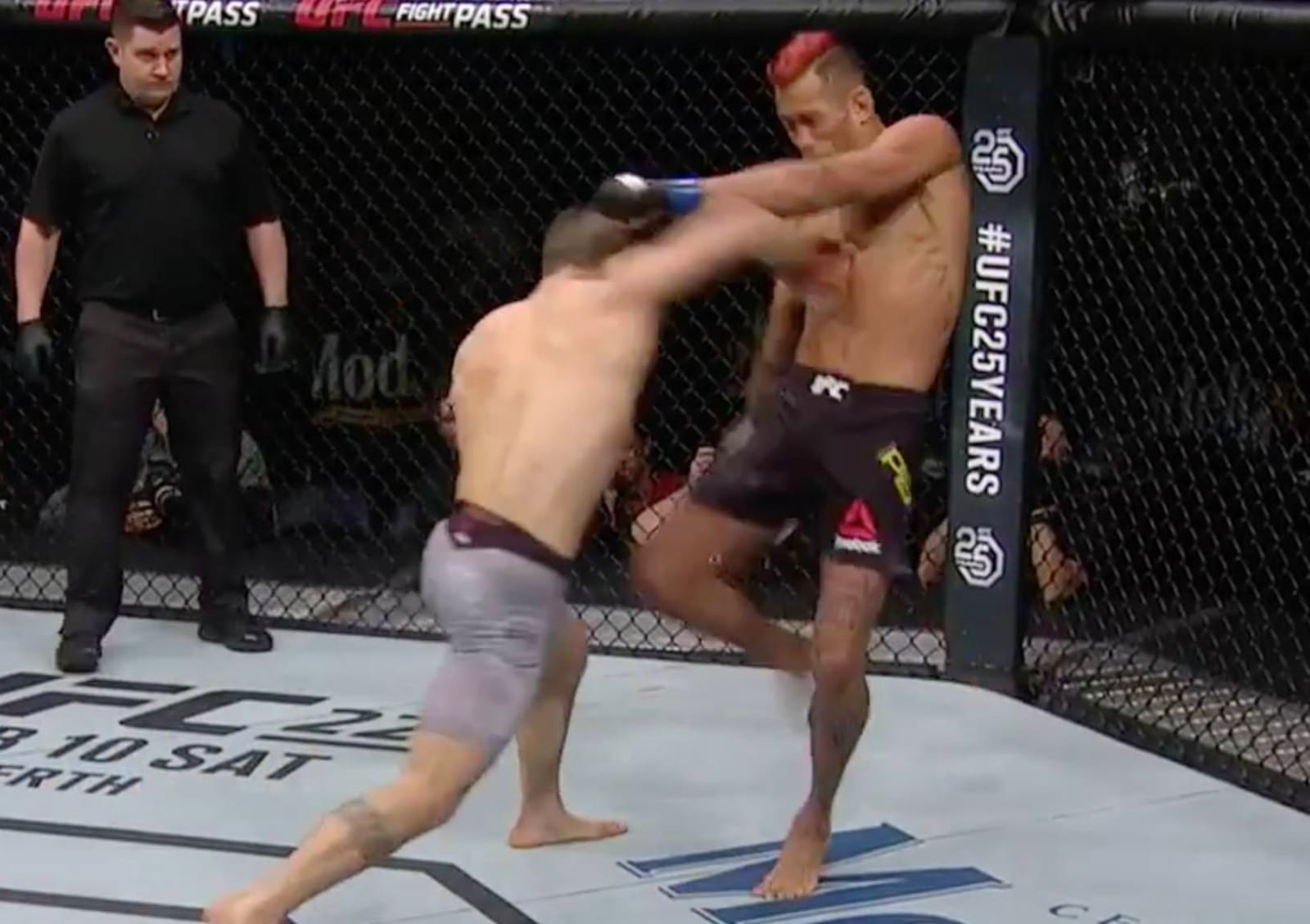 Fight ending body shots in mixed martial arts might be few and far between, but when they show themselves, they’re always enjoyed.

And at UFC on Fox: Jacaré vs. Brunson II, Mirsad Bektic gave viewers one to admire. Facing off with Godofredo Pepey, Bektic landed an excellent straight right to Pepey’s midsection, which almost immediately shut the Brazilian down.

It was the perfect way for Bektic to rebound from his loss to Darren Elkins at UFC 209, and marks his fifth victory inside the UFC.