Leon Edwards’ return to the Octagon ended in disaster after an unintentional eye poke in the second round left the main event a no contest. 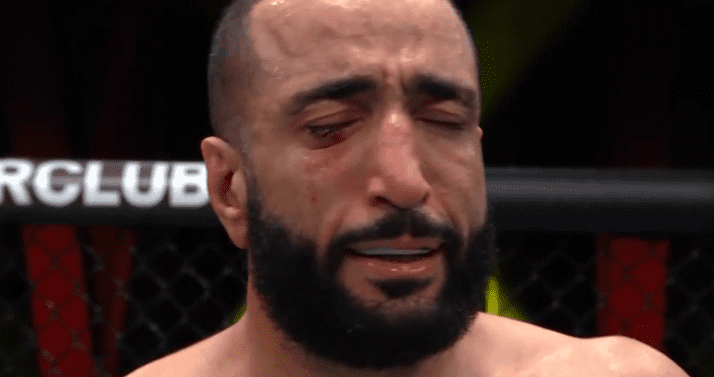 Leon Edwards’ return to mixed martial arts did not go as planned.

The British welterweight returned to the Octagon after a year and a half away to meet Belal Muhammad in the main event of UFC Vegas 21, where he started off strong early.

Edwards landed a great head kick in the first round that nearly had Muhammad away, only for the second round to end before it even got started. Edwards, unfortunately, landed an eye poke that had Muhammad crumpled to the canvas in agony. The fight was called as a no-contest due to Herb Dean’s decision that it was an unintentional foul.

After the bout, Edwards immediately apologised to Muhammad, and shared his own heartbreak at a ruined return that was meant to kick start his route to a title shot.