Joe Rogan on Deontay Wilder: ‘It’s sad when a guy is used to winning, then loses one fight and doesn’t say, ‘Hey, he was the better man’ - MMA - TheMacLife
Press enter to begin your search
Boxing

Joe Rogan on Deontay Wilder: ‘It’s sad when a guy is used to winning, then loses one fight and doesn’t say, ‘Hey, he was the better man’

Joe Rogan says he wishes Deontay Wilder had handled his loss to Tyson Fury differently instead of making the variety of excuses he has. 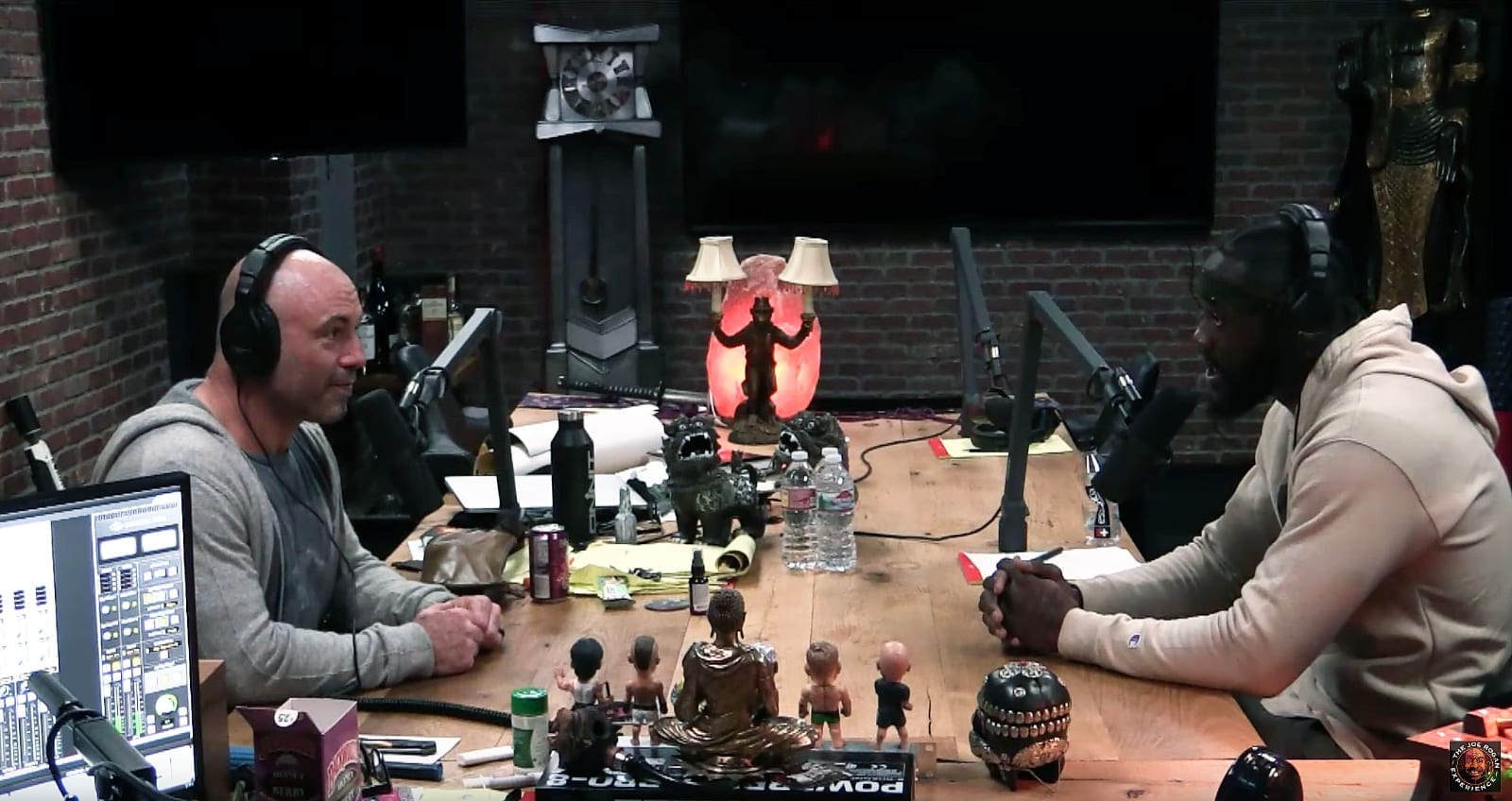 Since the defeat, Wilder has suggested a number of reasons for why Fury emerged victorious, with some effectively being outright conspiracy theories about his longtime cornerman, the Nevada State Athletic Commission and the sport of boxing in general.

“He came up with a bunch of crazy excuses,” Rogan said, speaking to Derrick Lewis on his podcast. “Someone poisoned his water. He thinks Mark Breland had some sort of a deal to sabotage him, that’s why he threw in the towel. He thought Tyson Fury had an egg weight in his glove, and he also thought that the glove was not attached correctly. He thought he wasn’t hitting him with the padded part of the glove, that the glove was like pushed up on his hand so his knuckles were hitting the wrist area, and that’s where his knuckles were.”

For Rogan, who has long proclaimed himself a Wilder fan and had him on his podcast in the past, it’s been a sad sight to see, and an example of a fighter being unable to properly handle a loss.

“They’re gloves, he’s got gloves on. He’s wearing the gloves right, he fucked you up,” Rogan said. “It’s just a fight. And it sucks because I like Deontay, and I’m a big fan. Probably the most exciting one-punch knockout artist in the history of the heavyweight division. He knocks out like, he hits them on the forehead and they go to sleep, it’s crazy. He’s got crazy power. It’s just sad when a guy is used to winning, only winning, and then loses one fight and doesn’t say, ‘Hey he was the better man, back to the drawing board and figure out what I did wrong’.

“Instead, he’s got crazy excuses like there’s a weight in his glove and I was poisoned, and the vest was too heavy.”