Well, this is one of the more unorthodox techniques you’ll see in mixed martial arts. 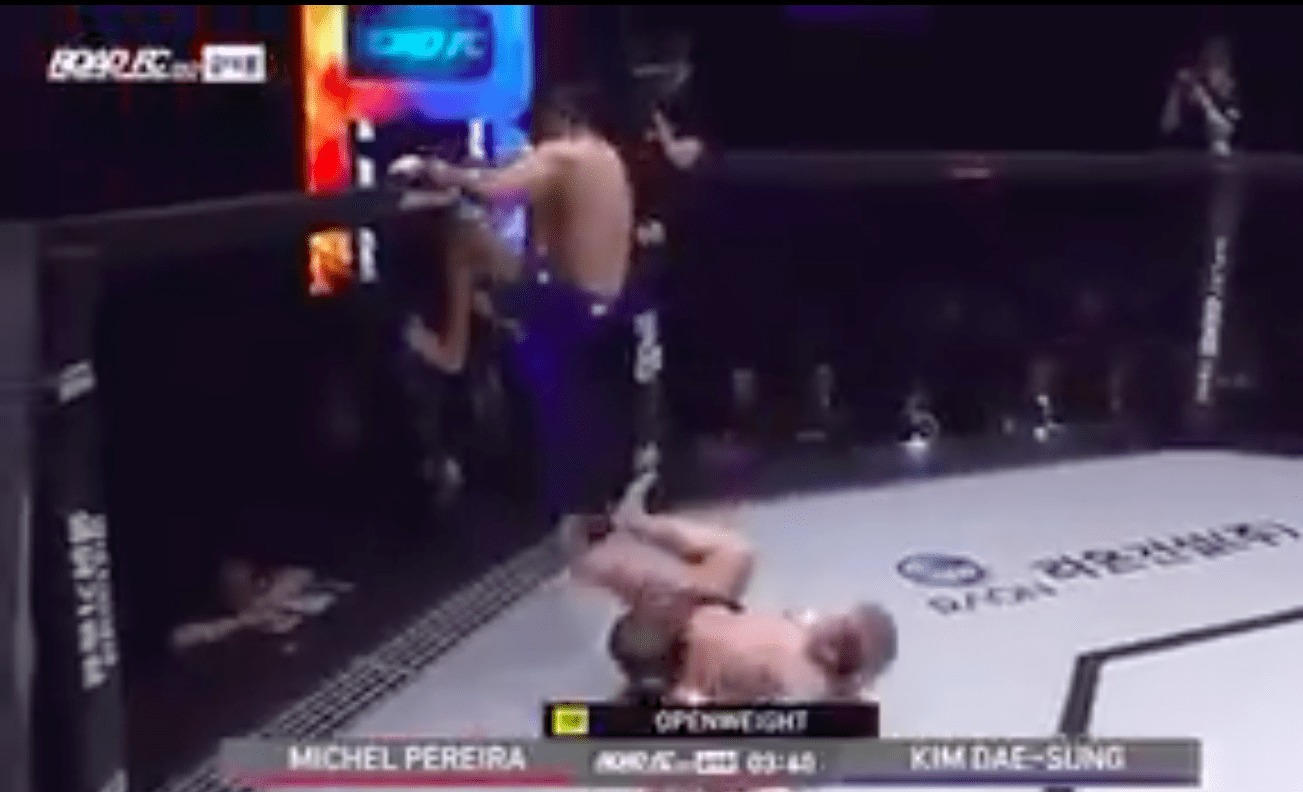 Pereira has long held a reputation as one of the sport’s more entertaining characters inside the cage and the techniques he employed on Saturday certainly emphasise that point. At one point in the fight Pereira, who had already attempted a jumping guard pass and a spinning hook kick, attempted to jump on top of the cage and perform what could only be described as a ‘moonsault’.

Michel Pereira is a nutcase, and we should love him for it. #ROADFC052 pic.twitter.com/HMc89WmRgn

While the legality of the moves are questionable, under the unified rules at least, it doesn’t look like the somersault inflicted any great damage on his opponent — but we’re certainly glad he tried.