Olympic judoka Kayla Harrison was among the winners of a cheque for $1 million at the PFL’s New Year’s Eve event. 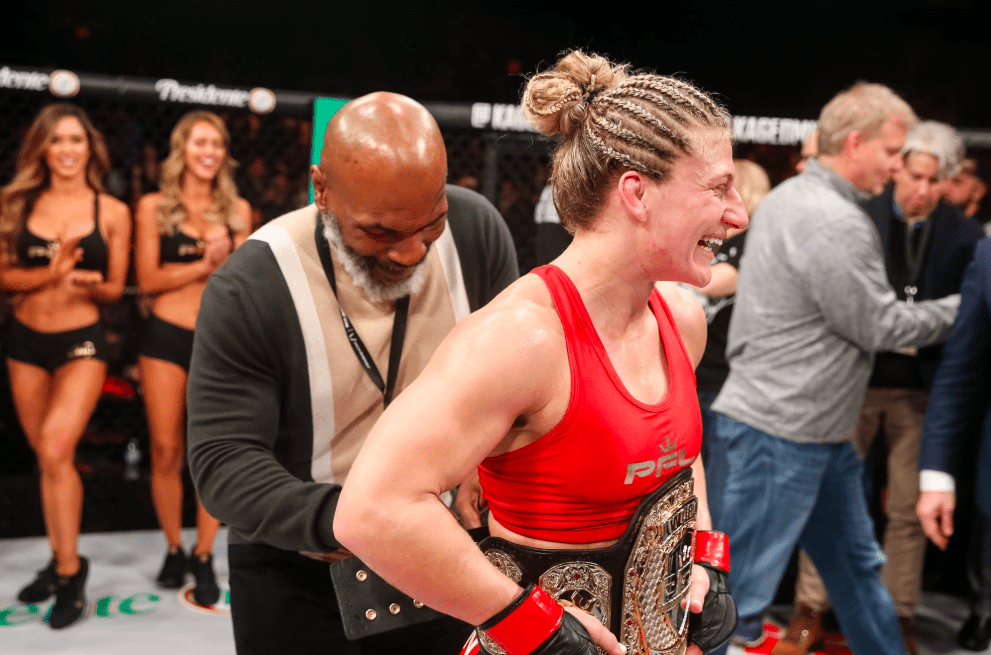 Two-time Olympic medalist Kayla Harrison enhanced her reputation as one of MMA’s rising stars on New Year’s Eve, dominating Larissa Pacheco to win the Professional Fight League (PFL) main event along with its 155 pound title and a cheque for $1 million inside Madison Square Garden.

Harrison came out on top in the tournament which came after a ‘regular season’ on a night in which numerous world champions were crowned, each winner automatically being made millionaires thanks to the extensive cash prize.

Harrison’s performance left no doubt in the mind of the judges, as the judoka dominated proceedings from bell to bell and utilised several clever techniques to dominate position throughout. Brazilian opponent Pacheco had occasional success with her strikes and offered some submission attempts from the bottom but the (now) 7-0 Harrison proved too savvy an opponent to fall into any traps.

Airborn! Courtesy of @KaylaH in round 4. The final round of the decade is coming up on ESPN2. #PFLChampionship pic.twitter.com/35U7g5GqAz

HISTORY MADE! @KaylaH heads into 2020 a millionaire and the 2019 PFL Women’s Lightweight Champion! #PFLChampionship pic.twitter.com/OllX4dELW1

THE HAWAIIAN CHAMPION! Ray Cooper III will return to the island a millionaire and the 2019 PFL Welterweight Champion! #PFLChampionship #AndNew pic.twitter.com/nKaKb9KKHZ

With devastating ground-and-pound, Ali Isaev stays undefeated in the 2019 #PFLChampionship season and is a PFL Champion! pic.twitter.com/AufpHiKdoy

Popular UK fighter Brendan Loughnane also fought on the prelims, beating David Valente by unanimous decision on the undercard. He is expected to compete in the PFL’s next featherweight season.