Jon Jones addressed the fans at the UFC 214 open workouts. 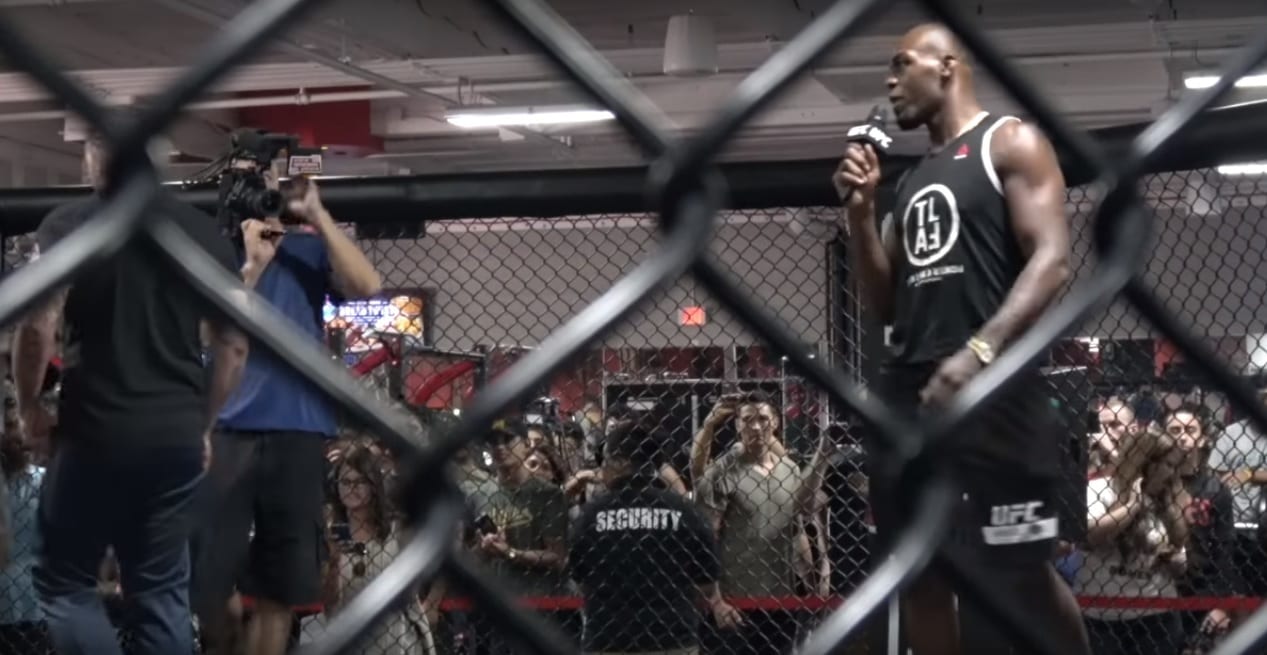 On Saturday, and for the first time since January 2015, Jon Jones will have the chance to leave a UFC octagon as the undisputed light heavyweight champion when he faces current titleholder Daniel Cormier in the main event of UFC 214 in Anaheim.

For Jones, an athlete who has been a world champion for the majority of his adult life this weekend signifies a catharsis. The out of the cage transgressions which led to him being stripped of the 205-pound title (and subsequently the interim belt in the same division) are behind him, he says, and with those life lessons that he claims to have learned comes an ease and a sense of self-reliance that wasn’t so evident before.

As he stated in the pre-fight media call this week, Jones doesn’t particularly care what anyone thinks of him any more. Daniel Cormier, a constant verbal foe, once again received a barrage of abuse from the former champion but this time around even Dana White was on the business end of some Jones’ criticism.

Ahead of the biggest UFC event of the year thus far, a clearly motivated Jon Jones spoke to fans at the UFC 214 open workouts and you can watch the footage below.