Israel Adesanya proved he was the talent some had touted in the main event of the TUF 27 Finale. 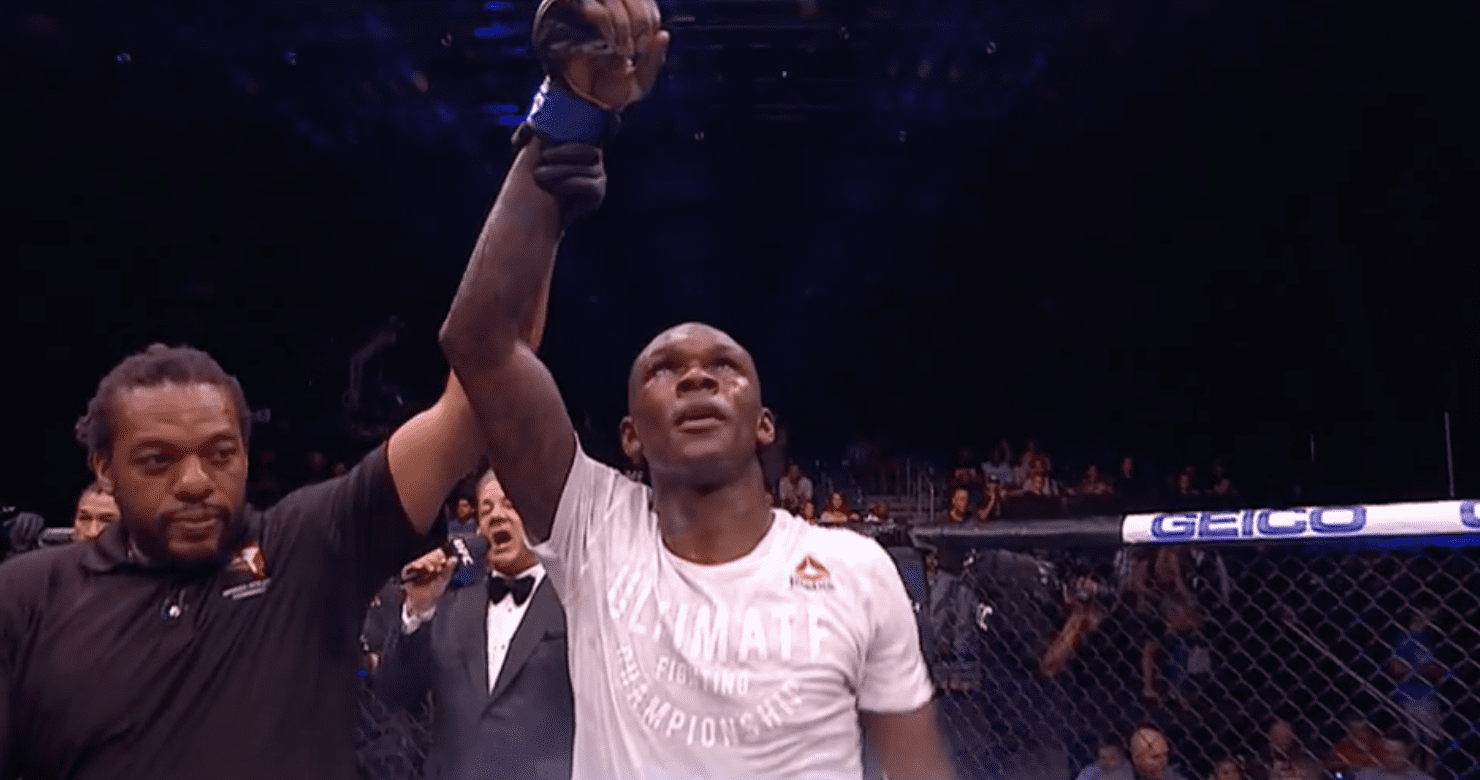 Israel Adesanya has earned his first top ten scalp inside the UFC.

At The Ultimate Fighter 27 Finale in Las Vegas tonight, the man from Auckland met Brad Tavares in the main event. It was every bit the coming out party some predicted.

While the first showed Tavares finding some success with his wrestling, from round two onwards it was the Adesanya show, with the middleweight showing off his controlled, but exceptional movement and striking.

For his part, Tavares proved to be as game as they come, refusing to be dismayed by the sharp variety of techniques coming his way, but the beating accumulated eventually became too much, with a large cut on his eyebrow being opened in round four.

That elbow tho …@Stylebender #TUF27 pic.twitter.com/zXeRXU4N5C

While Tavares did see the final bell of the fifth, by that point there was no debate on who had found victory. Indeed, as he faded, he provided Adesanya an opportunity to show off his takedown defense and better ground grappling abilities.

There are a number of superlatives that could be used for Adesanya, but simply put he has made clear and serious improvements to his mixed martial arts game in a stunningly short amount of time.

Combine that with his exceptional striking ability, and it seems likely Adesanya can be a threat to the middleweight elite sooner rather than later.