Jose Aldo vs. Chad Mendes II is regarded as one of the best featherweight bouts of all time. Watch it. 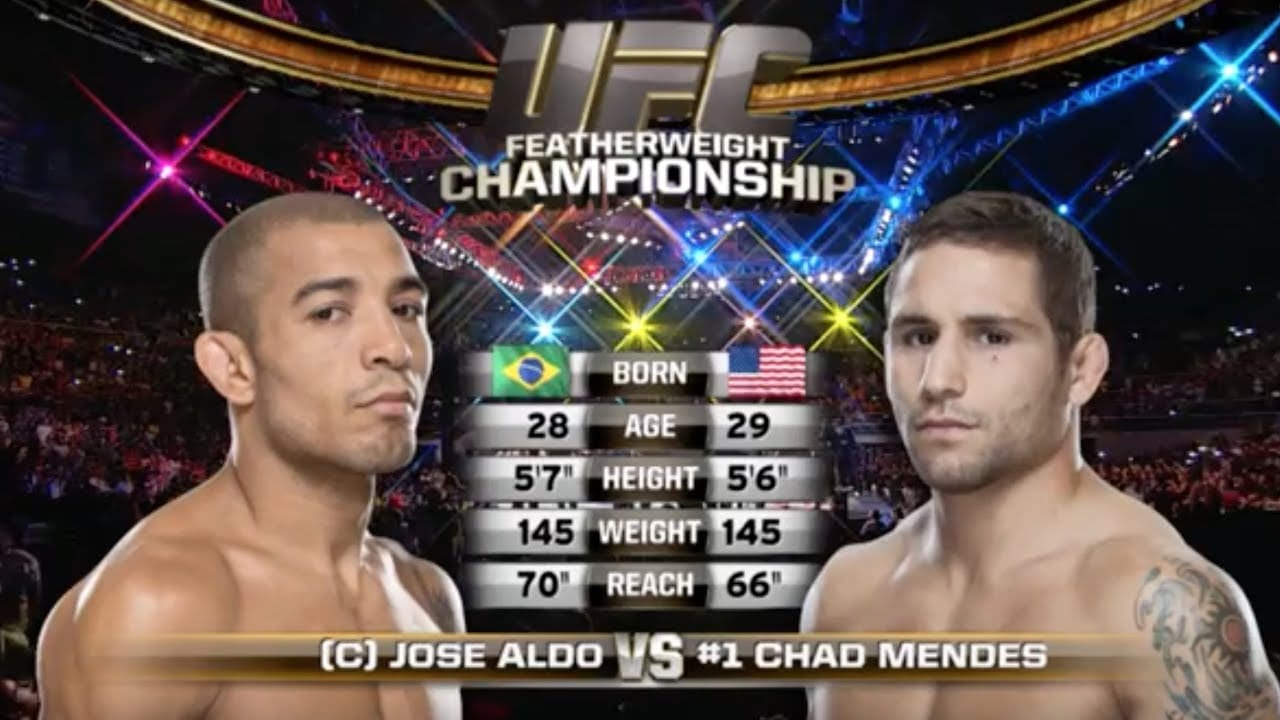 For some time, the division has been in need of clarification, particularly after Conor McGregor’s featherweight title was taken from the Irishman and awarded to Aldo — the man he originally defeated for the belt.

Now though, Aldo and Holloway both have an opportunity to re-affirm their stamp on the division, and prove to fans that they are the new kings at 145.

In anticipation, the UFC are releasing the two main eventer’s best fights, and of course with that comes Aldo vs. Chad Mendes II, one of the best featherweight title fights of all time.