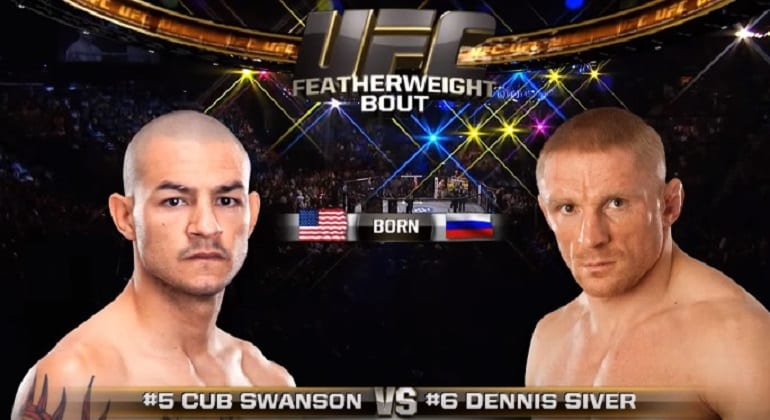 José Aldo’s second defeat at the hands of UFC featherweight champion Max Holloway has, you would think, removed the Brazilian from the 145-pound title picture for the time being. One man’s loss is another man’s opportunity, however, leaving a door well and truly ajar for Cub Swanson and Brian Ortega to duel for top ranking at 145-pounds.

For Swanson (25-7), this weekend’s main event opposite Ortega represents the veteran’s best chance in years at claiming a UFC title shot — something which has eluded him thus far throughout his run with the organisation despite a 10-3 run under its banner. Frankie Edgar is presumably still considered to be the next challenger to Holloway’s title but a win for Swanson over the undefeated Ortega — particularly in the manner in which a Swanson victory tends to come — could be enough to ensure a shot against the Holloway/Edgar victor.

Easier said than done, however. Like Holloway, Ortega (12-0-1) is considered to be among the new wave of young fighters leaving their fingerprint in the sport. With four UFC victories already under his belt, some of which came against UFC veterans Clay Guida and Thiago Taveres, a winning performance against a Cub Swanson currently in the best form of his career, would fast-track the Californian towards the summit of the division.

You can remind yourselves of what Cub Swanson brings with him to the cage by watching his third round finish of Dennis Siver below.