Video: Fedor Emelianenko knocks out Quinton ‘Rampage’ Jackson in one round
Press enter to begin your search
MMAVideos

Video: Fedor Emelianenko knocks out Quinton ‘Rampage’ Jackson in one round 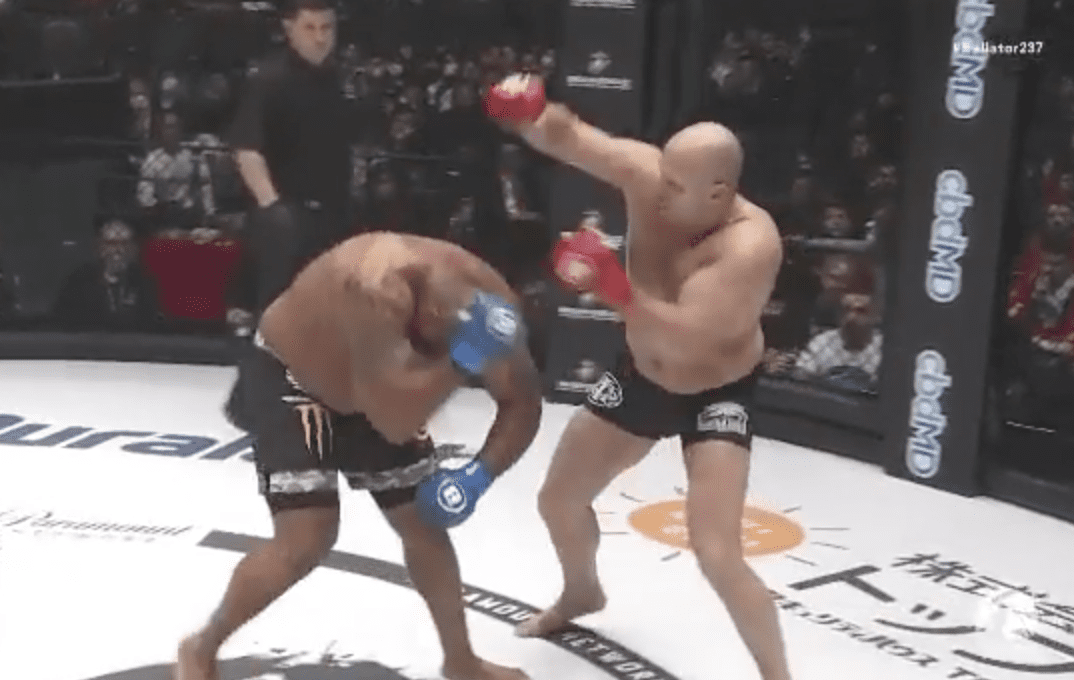 Fedor Emelianenko might be nearing retirement, but he’s still packing power in his punches.

The mixed martial arts legend met fellow favourite Quinton ‘Rampage’ Jackson at a cross-promotion show between Bellator and Rizin in Japan earlier today and took just a couple of minutes to remind fans why he’s still someone to be feared.

With just over two minutes to go in the first round, Emelianenko fired a right hand into Jackson’s eye, which immediately sent the American to the canvas in pain.

Judging Jackson’s demeanour, the referee stepped in immediately to wave the contest off.

FEDOR became the first since 2005 to stop "Rampage" Jackson with strikes when he won at #Bellator237.

Following the fight, Emelianenko told the crowd that, due to his approaching retirement, this would likely be the last time he fought in Japan, the country where he first came to prominence inside MMA.

As for Jackson, he was in good spirits despite the defeat, posing with Emelianenko for pictures after the bout and posting “Win some lose some get paid for all” to his social media.

Win some lose some get paid for all 🤷🏾‍♂️@hbhitman @ Saitama Super Arena https://t.co/oyELR2OVIF