Video: Dustin Poirier defeats Justin Gaethje in brilliant back and forth
Press enter to begin your search
MMA

Video: Dustin Poirier defeats Justin Gaethje in brilliant back and forth

Justin Gaethje and Dustin Poirier went to war in the desert. 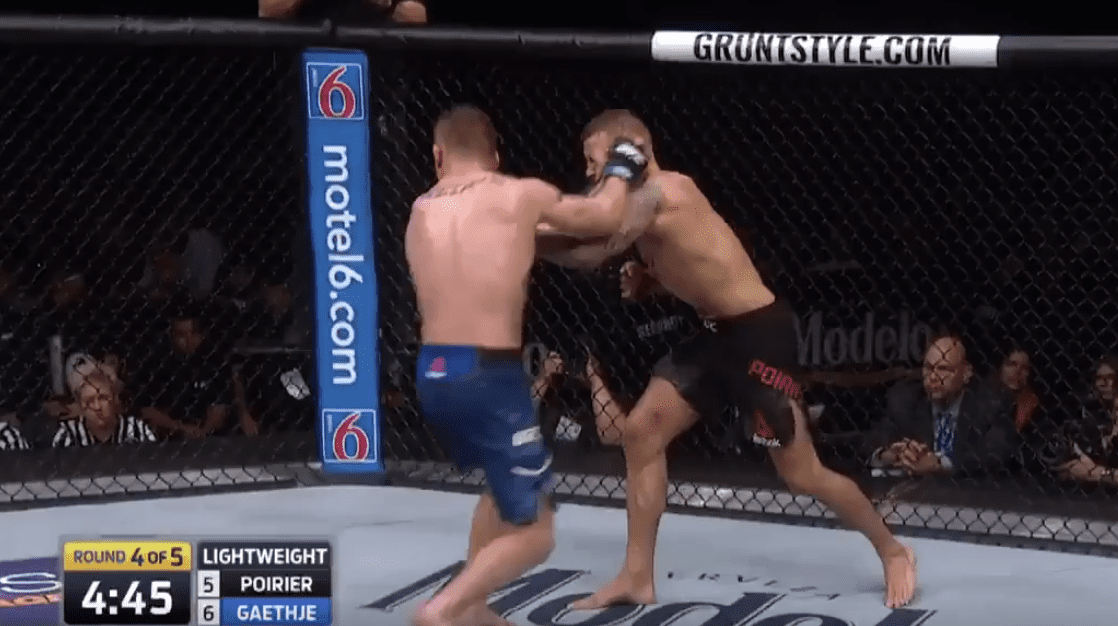 Well, everyone predicted a barn burner, but Justin Gaethje vs. Dustin Poirier basically went ahead and set the whole farm ablaze.

The two lightweights met in the main event of UFC Glendale, with both putting on a frantic pace from the opening bell to the moment it ended. As expected, Gaethje came out with his trademark pressure and brutal leg kicks, while Poirier used repeated punches to land big blows to the head. For the first three rounds, the pair met head to head in the centre of the cage, with neither man willing to give an inch.

Then, as the fourth began, Poirier tagged Gaethje with a huge straight punch to the jaw, leaving Gaethje on rubber legs. A few more hard punches, and Herb Dean stepped in to call an end to the action.

The victory gives Poirier his second win in a row, and continues his quality revamp at lightweight. And, with Khabib Nurmagomedov’s recent win of the lightweight title, the Louisiana native wasted no time in calling his shot.