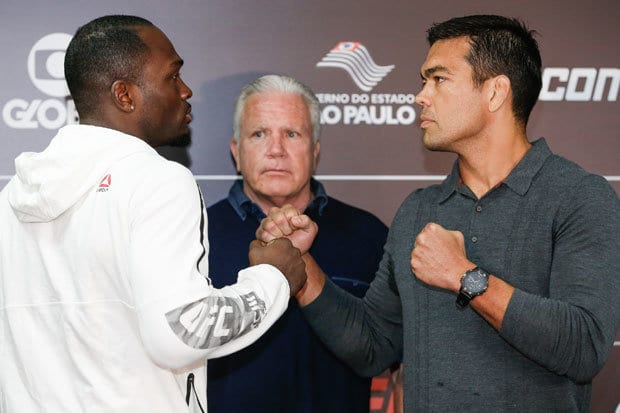 Lyoto Machida’s return did not go to plan.

Facing off with Derek Brunson in the main event of UFC Sao Paulo, Machida started off with his usual illusive movement in the first, even landing a nice left counter early on. However, Brunson’s power proved insurmountable, and after the American sent Machida to the mat with a left, Brunson followed up with nasty ground and pound to end the contest.

WATCH FOR THE HOOK! Derek Brunson finishes Lyoto Machida early in round one! #UFCSP https://t.co/JEiQckDhsG

With the Brazilian crowd silenced, Brunson didn’t waste his time on the microphone.

Then, after being pressed by Daniel Cormier, who was conducting the night’s post-fight interviews, Brunson gave a name directly.

“You [Cormier] got a pretty good teammate over there,” Brunson said. “Luke Rockhold, where you at? Let’s run this.”